Veteran striker Fabio Quagliarella has reiterated his commitment to Sampdoria after reports linked him with a return to Serie A champions Juventus.

Juve boss Andrea Pirlo is believed to be targeting a new striker in the January transfer window and Quagliarella was rumoured on be on his shortlist.

He has taken to Instagram to express his loyalty to current side Sampdoria, seemingly quashing speculation linking him with a move away.

“If you have given so much and received even more, if every time you feel the emotion beating in your chest, it means that the bonds are stronger than anything else, which go beyond flattering courtships, that put aside current reports and respect history,” he wrote.

“I think, live and play like this. Forza Samp.”

Quagliarella is Sampdoria’s top scorer this season with seven goals in 14 appearances. He is in his sixth season with the Geonese club having joined for a second spell from Torino in 2015.

He has scored more than 200 goals in nearly 650 games since beginning his career with Torino in 1999, taking in spells at the likes of Fiorentina, Ascoli, Udinese and Napoli, as well as scoring nine goals in 28 appearances for the Italy national team.

With Quagliarella seemingly unavailable Pirlo will have to turn his attention to other targets, with former Southampton striker Graziano Pelle believed to be under consideration.

Goal reported at the start of this month that the 35-year-old Shandong Luneng player has been offered to a number of Italian clubs, including Juventus, current Serie A leaders AC Milan and their city rivals Inter.

Pelle himself is believed to be keen on holding talks over a move to Turin, with Juve viewing him as a short-term, low cost target to bolster their attack.

The Bianconeri, champions in each of the last nine seasons, face a real battle if they are to make it 10 Serie A triumphs in a row.

Pirlo’s side have made an underwhelming start to the season and currently find themselves seven points behind leaders AC Milan in fourth.

Thu Jan 7 , 2021
The 32-year-old has reportedly agreed to join the Turkish giants but the team’s coach refused to confirm the rumours Fenerbahce coach Erol Bulut has addressed rumours linking his side to the signing of Arsenal attacking midfielder Mesut Ozil. Sport1 in Germany reports that the playmaker is close to completing a move […] 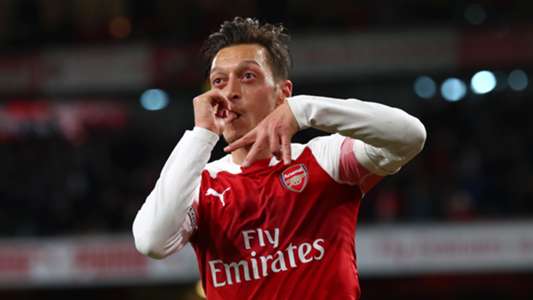