The Premier League’s current system to protect players and staff from coronavirus is working well, according to Arsenal boss Mikel Arteta.

Arsenal boss Mikel Arteta does not believe a temporary suspension of Premier League action is needed to slow down the spread of coronavirus.

On Tuesday, the Premier League confirmed 18 new positive Covid-19 tests in the week commencing December 21 – the highest number of positive cases in a single round of tests this season.

Manchester City’s game at Everton was postponed at four hours’ notice due to a coronavirus outbreak at the Etihad Stadium on Monday, while Fulham’s match against Tottenham on Wednesday was also called off.

Eighteen positive cases surpasses the previous high of 16 recorded in the week commencing November 9, and mirrors the wider situation in England, with more people now in hospital due to the virus than at the peak of the first wave in April.

There have been growing calls for a circuit break – a tight set of restrictions, likely including the suspension of games, designed to reverse the tide of the pandemic – but Arteta, who contracted Covid-19 in March, believes the Premier League’s current system is working well.

“We are all concerned with our own health and what is going on around us,” he told a news conference ahead of the Gunners’ clash with West Brom on Saturday.

“But at the same time, with all the protocols we have in place, everything we do around the training ground, around football matches, the fact that we play our sport outdoors, it minimises the risks a lot.

“If you see the records since we began to test, it is incredibly positive and I think as long as we can, we have to keep on doing that.

“Obviously we can’t put anybody at risk but I think we have shown that the system is working.

“Okay, in the last week or so something has happened and I think we will have more restrictions and more tests to try to be as efficient as we were before, but I think it can work and I think we can carry on doing it.”

Arteta is well aware that football is providing people with much-needed entertainment and escapism as restrictions tighten across the country.

Given the comforting role it is playing for so many, Arteta believes it is important the sport continues in its current guise for as long as it is safe.

“Well, the importance of football in this society is massive I think,” Arteta said.

“When you ask and you talk to people and discuss what it means to have football games in this difficult period for everybody where there is not so much to do, I think it’s really, really important and what we have to do is just try to do it in a safe way, as we have been doing recently.

“I think there are many, many positives.”

Thu Dec 31 , 2020
The former Anfield midfielder has no issue with an Egyptian forward keeping his options open and cannot see him leaving in 2021 Liverpool need to be landing “a superstar” if Mohamed Salah moves on in upcoming transfer windows, says Danny Murphy, with the likes of Jadon Sancho and Kylian Mbappe […] 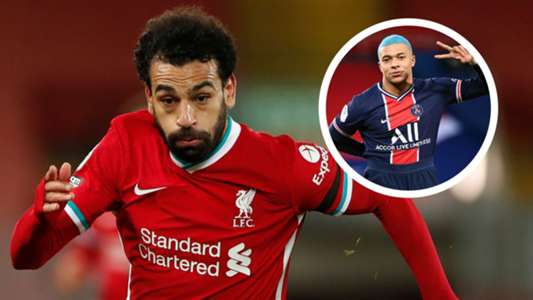