Kerala Blasters head coach Kibu Vicuna was disappointed in the manner in which his team conceded two goals against Mumbai City in the first half of their Indian Super League (ISL) match on Saturday.

Adam Le Fondre and Hugo Boumous scored in the first half of the match in Goa to beat Blasters 2-0 and climb to the top of the table.

“We lost the game in the first half. We cannot concede two goals against a fantastic team like Mumbai City. We are conceding and we are not scoring. We had very good chances to score,” Vicuna said after the game.

The former Mohun Bagan boss, however, is glad that his team was able to create chances against a top team like Mumbi City despite the final result. Blasters’ display improved after the break but could not find a way back into the contest.

Sahal Abdul Samad, who started his third game of the season, one of the few Blasters players who was at the end of chances to score goals but the young midfielder failed to put them away.

“Sahal is a very good player, we are happy to have him in my team. He knows he needs to work with his finishing. He will improve and be better.”

Abdul Hakku had started and scored in his first start of the season against Hyderabad but had to make way for Costa Nhamoinesu in the starting lineup against Mumbai City. Vicuna defended his team selection and also stated that his played had the right attitude on the field despite the defeat.

“These things happen. The team was very focused in the beginning but we committed the mistakes and the situation changes. It is not a question of attitude. The second goal is a very big mistake.

'It was a godsend' - Pioli hails Ibrahimovic arrival at AC Milan

Sat Jan 2 , 2021
AC Milan have gone from strength to strength since Zlatan Ibrahimovic joined a year ago and boss Stefano Pioli has hailed the striker’s impact. Zlatan Ibrahimovic’s arrival at AC Milan last year “was a godsend” that helped transform the club, according to head coach Stefano Pioli. The ex-Sweden international returned […] 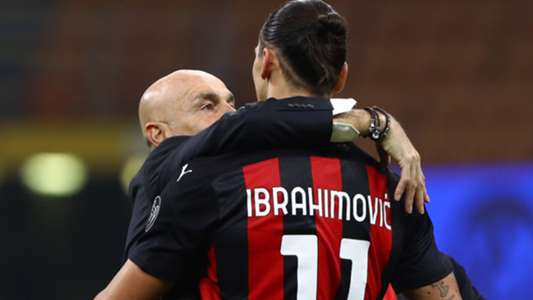