The NBA’s restart plans could impact college basketball should they come to fruition next month, when the league will look to take its show to Orlando and complete the 2019/20 season in a bubble.

While player concerns linger over the current climate in the U.S, as well as health and safety, the NBA will likely finish the campaign at Disney’s ESPN Wide World of Sports Complex.

The NBA is the model for sports leagues in America and their plans have already gotten the thumbs up from Dr. Anthony Fauci. The playoffs, if it does happen, will not interfere with the NCAA season but it could certainly impact it.

The proposal, while practical, is quite unconventional. Yet it is necessary, we simply cannot have basketball with fans in view right now, and no one knows how long this will be the rule of the day.

The college basketball season usually kicks off in November so, despite the change, the start of the NCAA season won’t run into the playoffs. As we should have realized by now, there won’t be any homecourt advantage at a centralized location. That’s a bit easier to handle for the NBA but the college atmosphere is drastically different and the effects of not having a crowd won’t go unnoticed.

The NBA’s testing strategy should also benefit college basketball as they’ll have enough information to work with.

On another front, the NCAA also has to deal with individual decisions from schools. While just eight NBA teams have had their seasons cut short because of the pandemic, and not by choice, college basketball programs could opt to keep their teams from competing. Duke and Kansas notably declined participation in the NCAA Tournament due to the crisis.

The NBA can only go so far as a guide and the NCAA will have its own decisions to make. Safety should remain the main concern and every possible measure should be taken to ensure players, coaches and various members of staff don’t have their health compromised.

Given the financial strain brought about by the COVID-19 pandemic, college students would do well to take advantage of loan consolidation, an option that allows for combining several loans into one so a single monthly payment could be made. They should also beware of certain private companies – such as the Student Education Center – who offer to do this for a fee. The application process is pretty straightforward and there’s no need to pay anyone to have it done.

Sun Jun 14 , 2020
The Harambee Stars stopper impressed in the battle as his side picked up their first three points in the top-tier Kenya international Joseph Okumu featured for the entire 90 minutes as IF Elfsborg started their league campaign in the Swedish top-tier on a winning note on Sunday. The Sweden top-flight […] 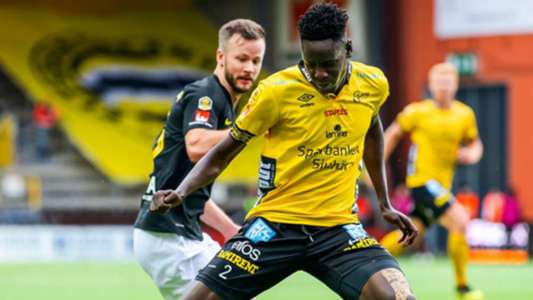