Former Germany captain Lothar Matthaus is no stranger to the thrills and frills of World Cups, having appeared in a record five consecutive editions from 1982 to 1998.

Matthaus, who captained Germany to victory in 1990, also has experience of playing in World Cups outside the traditional regions like Europe and South America. He has featured in the 1986 Mexico World Cup and the 1994 edition in the USA, with both tournaments churning out some really memorable moments.

Now as the sport’s greatest spectacle heads over to a new frontier in Qatar for 2022, Matthaus expects a fantastic tournament in the middle-east nation.

Matthaus, who has been to Qatar in the past, also dismissed the concerns over the weather conditions in the country during the World Cup, which is scheduled for the months of November and December in 2022.

The former Bayern Munich midfielder stated that the climatic conditions during the time of the 2022 World Cup will be pleasant in Qatar. He also mentioned the use of Advanced Cooling Technology in the stadiums will also mean the players will find it very comfortable in the country.

“I have been to Qatar in the past. The climate now is really good, it is pleasant during winter. If they have (cooled down the stadiums), it will be really helpful for the players and the fans. We hope the current situation (pandemic) gets better so that we can all enjoy a fantastic tournament in Qatar,” Matthaus told Goal.

Despite the Covid-19 pandemic that has gripped the world, Matthaus feels the 2022 World Cup in Qatar will be a success.

“The world is suffering from Corona so it is not right to expect the fans to fill the stadiums. We have time, and hopefully, once everything (pandemic) gets better, I am sure we will have a wonderful World Cup in Qatar.”

Qatar have already planned to allow fans into the Club World Cup stadiums, currently underway in the country, at 30 per cent capacity and after implementing Covid-19 protocols.

The 59-year-old also touched upon his vast World Cup experience while talking about the compact nature of Qatar’s World Cup, with all eight stadiums located within one hour’s time from each other.

He felt that the fans and players alike will find the compact nature of the tournament very helpful.

“It is going to be really helpful for the fans and players. We had the World Cup in Mexico and the US and we had thousands of people going travelling from one end of a continent to the other. It is incredible what football can do. You can play a World Cup in a small country like Qatar and then you can play the World Cup in continents. Football makes everything possible.”

Matthaus, the first-ever recipient of FIFA’s World Player of the Year award back in 1991, also spoke about Germany’s chances in the 2022 event after the group stage exit they suffered in Russia in 2018.

“Germany are still one of the best football teams in the world. But we cannot be proud of the last three years of our national team. It was the worst result ever in the history of the World Cup in 2018. The results have not been good but the team will be looking to make progress in the Qatar World Cup.”

However, Matthaus also felt Asian countries are catching up to European teams, given the number of players from Asia now plying their trade in Europe. It must be noted that Germany had suffered a 0-2 loss at the hands of South Korea in the group stages of the 2018 World Cup, one of the results that saw them make an early exit.

He expects Asian sides, including hosts Qatar, to compete in the 2022 World Cup.

“The Asian teams are getting closer and close to the big teams from Europe and South America. The difference 20 years ago was much bigger. Players now compete in Bundesliga and other European leagues. This is good for Asian football to have faces in the best leagues in Europe.” 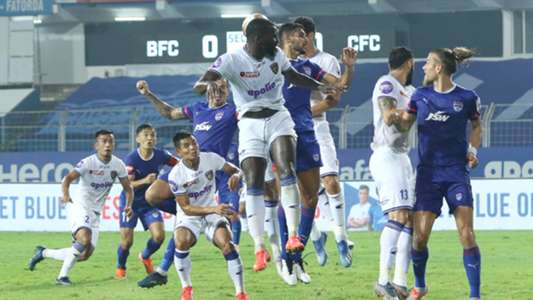