For a team fighting against relegation, it came as a surprise when they terminated the contract of a regular player

Maritzburg United chairman Farouk Kadodia says they could not guarantee Keagan Buchanan a new contract as his deal neared the end and the player then was distracted by the development.

The former Kaizer Chiefs man’s Team of Choice contract was due to expire in June but his future at the club looked bleak despite being a regular.

Buchanan missed just one of their 15 Premier Soccer League games this season and contributed three assists.

He also appeared in two Cup games and made one assist but the club released him on transfer deadline day despite their bid to escape the relegation zone where they are currently 15th with the same number of points as basement side Black Leopards.

“I think it is because of one reason; the important thing is that the boy lost his focus on his job here, and he got his contract coming to an end [in June],” Kadodia told Sowetan Live.

“So, we need a person who can come and fight and that’s what is important. We couldn’t guarantee a player a contract, but we are fighting relegation that’s the issue we have, you know. Last season, he played well, but this time he was not focused, so we had to make a decision, unfortunately.”

Also following Buchanan through the exit door on transfer deadline day was Pogiso Sanoka and the right-back has since found a new home at TS Galaxy.

But earlier in the day, the Team of Choice made two signings by bringing in right-back Dusan Stevic from Serbian Super Liga side FK Napredak Krusevac on an 18-month deal.

They also signed midfielder Keletso Sifama from Kaizer Chiefs on loan for the rest of the season.

During the mid-season transfer period, Maritzburg’s bid to fortify their squad also saw them signing goalkeeper Marcelo Engelhardt from Eintracht Braunschweig, who are campaigning in the German 2. Bundesliga.

“We have to fight, and I believe the team will do that and survive relegation this season,” Kadodia said.

“But we will see. The players we have brought, I believe they will add value to us and in the league. We are excited to have them, and we are looking forward to it.”

Until their next match when they host Orlando Pirates in the Nedbank Cup Last 16, Maritzburg would have enjoyed an almost two-week break to restrategise. 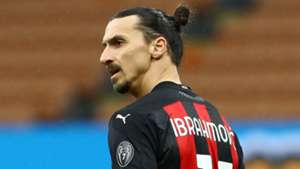