The AIFF technical committee chairman is happy to see Abhishek Yadav being appointed as the Dy. General Secretary of the Indian FA…

The chairman of AIFF’s Technical Committee, Shyam Thapa, lauded the decision to appoint Abhishek Yadav as the new Deputy General Secretary of the All India Football Federation (AIFF).

Yadav had been involved with the federation in various capacities such as the National Team Director (NTD). He also served as the Chief Operating Officer (COO) for the India Under-17 team for the Under-17 World Cup.

Thapa, who himself is one of the few former Indian players to be involved in football administration, is happy that a former player has been appointed in an administrative role and he believes that Yadav’s expertise in the sport will benefit Indian football.

“It is very good news,” Thapa told  Goal . “He (Abhishek Yadav) is perfectly capable of the job. He has a lot of knowledge of the game. Most importantly, he has been a former player. He has mixed with players and knows their mentality, their problems and everything.”

Thapa, who has played for the likes of East Bengal and Mohun Bagan during his playing days, feels that the variety of roles within the Indian FA that Abhishek has already carried out is proof that Abhishek is capable of carrying out such an important role.

In the capacity of the National Team Director, his role entailed the development of the national teams and players across all age groups for both men and women. Yadav was also the Head of Scouting and initiated the Sports Authority of India (SAI) – AIFF international scouting project which helped identify several key players for the 2017 U17 World Cup team.

Yadav has had a long and distinguished career in football and has represented top Indian clubs like Mahindra United, Churchill Brothers and Mumbai FC. He scored the winning goal in India’s LG Cup win in 2002, against Vietnam which remains one of the most precious moments of his playing career. He was also a member of the Indian team which participated in the 2011 Asian Cup in Qatar.

Tue Jan 5 , 2021
IM Vijayan is happy that a former player is set to occupy a top position in the AIFF… Indian football legend IM Vijayan has welcomed the All India Football Federation’s (AIFF) move to appoint former India international striker Abhishek Yadav as the Deputy General Secretary.  Yadav had been involved with the […] 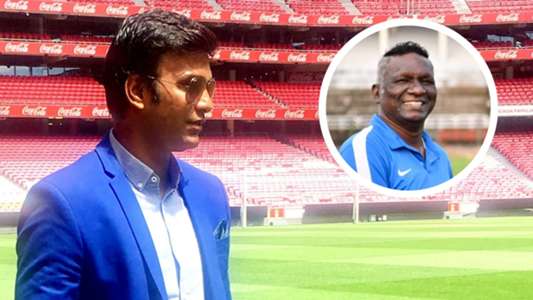