Two weeks ago, Dominic Thiem was clearly defeated by Filip Krajinovic on his Masters 1000 debut in Cincinnati, generating some doubts about his form and his chances of making it to the bottom of the US Open. However, the world number 3 proved his detractors to the contrary by reaching the semifinal in New York, where he will face Daniil Medvedev (who also appeared in great shape).

After the disqualification of Novak Djokovic, the chances for the Austrian to win his first Grand Slam have risen exponentially. During the press conference after beating Alex de Minaur, the Australian Open finalist praised all his opponents still in the running at the US Open, who know they have a great chance to write a piece of history.

Thiem on the Big 3’s absence

“They’re three amazing players. Every single one of us deserves this first Major title, everybody will give it all. Once we step on the court, the other three are forgotten anyway.” Thiem’s coach Nicolas Massu was delighted by his ward’s performance on Monday.

“I was very happy with the way Dominic played. I’ll watch that match again several times to analyze it and see what he did well and what he can continue to improve,” Massu said. “But I think wins like this have to give him confidence for what is to come.”

Medvedev made particular mention of the Austrian’s forehand, and also expressed relief that they weren’t playing on clay. “Thiem, very aggressive, tries to take everything with his forehand, goes for it, doesn’t ask questions,” Medvedev said.

“Dominic is a tough opponent to play, especially of course on clay. On hard I think it’s a little bit easier, but in a way. When I say “easier,” he just made final of Australian Open. For me it will be easier for me to play him on hard courts than clay courts.”

Djokovic, trailing Spainiard Pablo Carreno Busta 6-5 in the first set, hit a ball to the back of his side of the court, angry after having his serve broken. That ball struck a linesperson in the neck area, and the linesperson dropped to the court, holding their throat among yelping more than 10 times in decreasing intensity.

Djokovic was defaulted “in accordance with the Grand Slam rulebook” for “intentionally hitting a ball dangerously or recklessly within the court or hitting a ball with negligent disregard of the consequences,” according to the U.S. Tennis Association.

Fri Sep 11 , 2020
The 25-year-old has now set a target of helping the national team qualify for the Fifa World Cup Uganda defender Bevis Mugabi has revealed defeating the Democratic Republic of Congo 2-0 in their 2019 Africa Cup of Nation Group A was his standout game. The East Africa team was pooled alongside […] 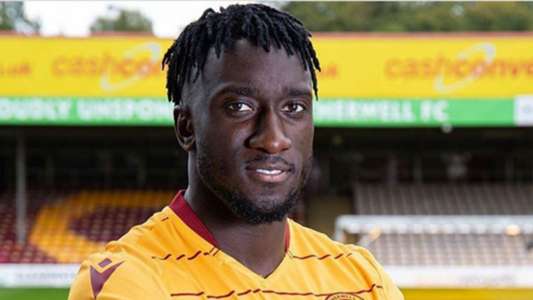