Al Ahly head coach Pitso Mosimane was not satisfied after his side finished third at the 2020 Fifa Club World Cup finals on Thursday.

The result saw Al Ahly claim the bronze medal in their sixth appearance in the Club World Cup and they equalled their best finish in the global competition having also finished third in the 2006 tournament in Japan.

The Red Devils took part in the third-place playoff match after losing 2-0 to eventual champions Bayern Munich in a semi-final match at Ahmed bin Ali Stadium in Al Rayyan on Monday.

“Well, that’s not what we came for,” Mosimane told beIN Sports TV after the game.

“But we must be humble and we must understand that facing Bayern in the semis was not easy. I’m happy and proud of my team. We must be modest, but now the situation is different.”

Al Ahly goalkeeper Mohamed El Shenawy made some smart saves during the game and he went on to deny both Rony and Felipe Melo during the penalty shootout.

The Red Devils captain was named Man of the Match and Mosimane is grateful to the talented shot-stopper.

“I thank the players and Mohamed El Shenawy, who for saving the penalties and clinching the bronze medal,” the former Mamelodi Sundowns coach added.

“I think we fought fiercely. Yes, we were not the strongest team in the tournament, but we showed character and fighting during our matches.

“I thank the fans for their enthusiasm and tremendous support during the tournament.”

The North African giants are now set to start their defence of the Caf Champions League title next week Tuesday as they take on Sudanese side Al-Merrikh at Cairo International Stadium.

“What’s important is to take this performance to the Champions League. We must take it from there,” Mosimane concluded.

Al Ahly will also face DR Congolese giants AS Vita Club and Tanzanian side Simba SC in the Champions League Group A.

Thu Feb 11 , 2021
The Polish striker admitted he was frustrated by his team’s tentative build-up play against Tigres at the Education City Stadium Robert Lewandowski has revealed the half-time rallying cry he issued in the dressing room during Bayern Munich’s Club World Cup final triumph, as he demanded that his team-mates “put a […] 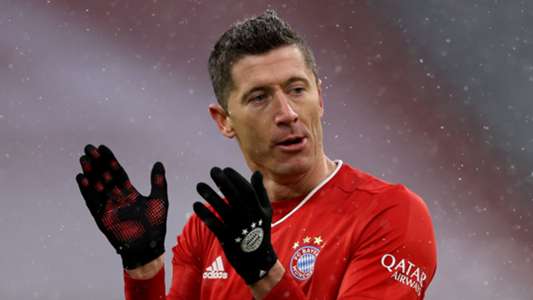