On the latest episode of The Lake Lake Show podcast, Lakers Assistant Coach Phil Handy spoke about Kyle Kuzma. Specifically, his fit on the current roster, his struggles throughout the season, and what he’s seen behind the scenes.

Kuzma went into the current campaign touted to be the third star alongside LeBron James and the recently acquired Anthony Davis. His numbers have taken a hit, but Handy was still full of praise for the 24-year-old.

“Phenomenal talent. That kid has all the attributes to be an All-Star in the NBA very very soon. I think what people don’t understand, when there’s a shift in the dynamic of the team, a lot of things happen. You take a lot of the youth out, and the Lakers go from a team that was rebuilding, and they go to a team that’s competing for a championship, overnight. Those are two different teams. So that required that Kyle’s role changed as well. He’s really taken on the mindset that it’s not all about scoring.“

“I think earlier in the year, I think guys struggle with that. Those are difficult adjustments. But Kuz has kept working, he’s kept studying the film, he’s always been active in trying to figure out where he can improve. You kind of see as the season went on, he got a little better. He was starting to be more comfortable in his role and be more comfortable with understanding where his shots come from.”

Handy acknowledged Kuzma’s struggles, but emphasized the difficulties he’s experienced due to the makeup of the roster drastically changing. Along with his role. With that, Kuzma appears to be putting in the work on a daily basis to adapt to his new surroundings.

“He started out, probably not at the standards as most people would like to see. But he’s doing a lot of things to help the team win on both sides of the ball. Those are hard adjustments to make. People don’t understand how tough it is to go from maybe taking 15 to 16 shots a game, and now he might be taking 8 to 9 shots a game, in some cases, and have to be really efficient with that. Kuz has really been putting in the effort day-in and day-out to make sure he’s successful.”

Check out the full episode of Phil Handy on The Lake Lake Show below. Additional topics include his first spell with the Lakers (2011-13), the difficulty in leaving Toronto after the Raptors’ title-winning season. As well as LeBron James, Anthony Davis, and much more.

Mon Jun 15 , 2020
Real Madrid Regulars at Valdebebas Parejo and Rodrigo training with Valencia. SanzMARCA Valencia visit the Estadio Alfredo Di Stefano on Thursday with a host of players who used to be regulars at Real Madrid’s makeshift home. Dani Parejo, Rodrigo Moreno, Denis Cheryshev and Ruben Sobrino came through the ranks at Real […] 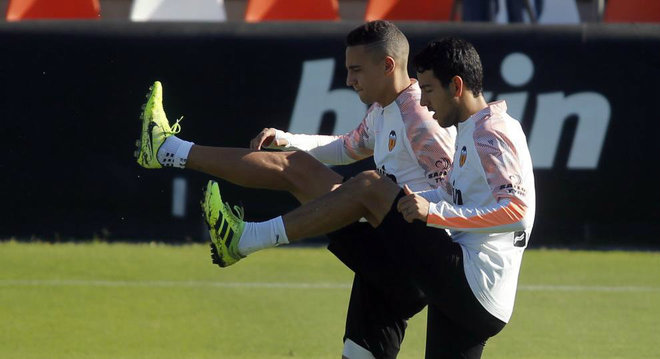