Ahead of his switch to King Fahd Stadium, the former Nigeria international has said goodbye to the Flower of Shanghai

Odion Ighalo has posted a farewell message to Shanghai Shenhua ahead of his anticipated move to Saudi Arabian side Al Shabab.

The 31-year-old is expected to be announced as a White Lion player on Thursday after passing his medicals as well as agreeing his term with the Pro League outfit.

However, Ighalo’s Instagram post hints there will be no doubt about his switch to Carlos Inarejos’ men.

Alongside an image of himself in a Shanghai Shenhua jersey, the former Granada and Watford man wrote: “Xiexie” – which means ‘Thank You’ in Chinese.

Following Changchun Yatai’s relegation from the Chinese Super League to League One, the former Nigeria international joined the Flower of Shanghai.

There, he reunited with his former Watford boss Quique Sanchez Flores under whom he enjoyed an impressive goalscoring run in his debut Premier League season.

In his maiden season at the Hongkou Football Stadium, he scored 10 times in 17 league games as well as helped the team win the 2019 Chinese FA Cup, while also making his mark on the international stage.

He scored five goals during Super Eagles’ run to the semi-finals of the African Cup of Nations, including the winning strike in their third-place playoff victory over Tunisia.

Luckily, he made a shock loan move to English elite division side Manchester United as top scorer Marcus Rashford was sidelined for three months with a serious back injury.

Upon arrival at Old Trafford, Ighalo offered an insight into the frantic nature of negotiations, while claiming that he had to receive pay cut to join Ole Gunnar Solskjaer’s squad.

Having scored four goals in eight matches in all competitions – starting just three of those games, his loan extended until January 2021.

Before agreeing terms with Al Shabab, Ighalo’s representative told BBC Sport that his client had plenty of suitors.

“I can confirm that some Premier League clubs, two teams outside of England and some clubs in the Middle East have made formal enquiries,” he said.

“Of course, he said [in an interview] that the MLS could be interesting, but that is just an option outside of the strong interest received so far.”

Thu Feb 4 , 2021
The Amakhosi academy product has signed his maiden professional contract ahead of the Soweto giants’ clash with Richards Bay Kaizer Chiefs head coach Gavin Hunt has revealed that they have added Sabelo Radebe to their first-team squad. The promising central midfielder, who turned 21 on Wednesday, has been playing for […] 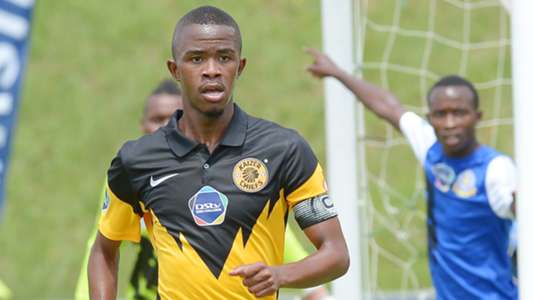