The official, according to Tanzania Football Federation Disciplinary Committee, has been banned for failing to obey its orders of paying TSh5 million that was issued on September 28.

“Yanga SC’s media liaison officer Hassan Bumbuli has been banned from engaging in football matters either in the country or outside the country for the next three years,” the committee’s statement, obtained by Goal read.

“The judgment has been made based on Article 78(8)(a) of the 2013 regulations. The defendant (Hassan Bumbuli), was accused of failing to obey an initial order that had been issued by the disciplinary committee.

“On September 28, 2020, the committee ordered Bumbuli to pay TSh5 million and further ordered him not to commit another disciplinary issue within a period of two years. He never obeyed the order and did not appeal against the judgement.”

After the Yanga official was banned, Simba SC’s spokesperson Haji Manara has forgiven him after clashing on numerous occasions.

“I would have wanted to see you continue and be with me around so that we can continue to promote our football but unfortunately, that is not going to be the case,” Manara wrote on Facebook.

“We have never been friends but we are all doing the same kind of job but we have different abilities and we differ even on experience.

“I know you have abused me publicly, accused me of being not a professional man, but my faith urges me to forgive and I have forgiven you, brother.”

Manara urged Bumbuli to seek redress against the judgement.

“I can only tell you to go back to the committee and seek an appeal, pay the fine and I am ready to help you settle the fine.”

Alongside Bumbuli, Lipuli FC’s Secretary-General Julius Leo has also been banned and fined.

“The accused [Julius Leo] was at fault in two ways; firstly, he gave misleading information on the amount Lipuli FC owe TFF after emerging as the runners up in the Azam Federation Cup [in 2018/19],” the committee stated.

“Secondly, he was found guilty of failing to accord official communication documents the secrecy it deserves. His action saw an official letter from TFF leaked and later spread online.”

As Bumbuli and Leo faced the wrath of the committee, Lipuli’s interim chairman Ayoub Kihwelo and the deputy chairman of Kibafa Football Association (KIBAHA) Robert Munis were acquitted of allegations against them.

Thu Jan 28 , 2021
Despite calling out his opposite number after December’s clash between the two clubs, the Portuguese claims to have no ill will towards the Reds boss Tottenham head coach Jose Mourinho says that he is “not a friend” of Liverpool manager Jurgen Klopp ahead of his side’s clash with the Reds […] 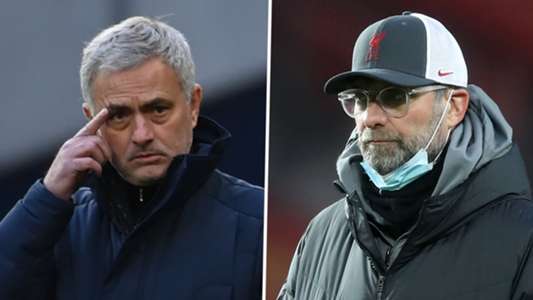