The Argentine frontman can appreciate why a fellow countryman is mulling over his options, but he still expects a new contract to be agreed

Carlos Tevez can appreciate why Lionel Messi will be mulling over his options at Barcelona, but the Boca Juniors striker says he cannot see a fellow Argentine donning the colours of any other club.

As things stand, a talismanic presence at Camp Nou continues to run his contract down towards free agency.

Fresh terms are not being ruled out, with Barca still keen on prolonging their career-long association with a six-time Ballon d’Or winner, but the clock is ticking on those efforts.

Messi has already been prevented from completing one push for the exits in Catalunya, with the South American agreeing to stay put during the summer of 2020 after making his frustration clear.

The 33-year-old has vowed that no decision on his future will be made until the end of the current campaign, but heavyweight suitors are lining up to secure his signature.

Paris Saint-Germain have made it clear that they would welcome the opportunity to add an all-time great to their ranks, while a reunion with Pep Guardiola at Manchester City has also been mooted.

Tevez is not convinced that any move will be made, with emotional ties to Barca set to prove hard to break, but he sympathises with a compatriot who has started to feel disillusioned with life in Spain.

A man who has played alongside Messi for Argentina on a number of occasions in the past told TyC Sports when quizzed on a long-running saga: “It is difficult when the years increase and you still have little left to play. And above all you realize that the team does not help you.

“Leo, more than anyone else knows what he will do with his future. I can’t see him with another jersey outside of Barcelona’s.”

Tevez maintains that Messi will not leave for money if an exit door is swung open at Barcelona, with an ambitious performer merely looking for the best sporting stage on which to showcase his talent.

There is plenty left for him to achieve, despite his remarkable trophy haul to date, with the biggest honour to have eluded him so far set to be chased down again in 2022.

Tevez hopes an enviable roll of honour will be completed in Qatar, with the former Manchester City and Juventus frontman saying: “The only thing that Leo needs is to win a World Cup, football owes it to him more than anybody.

“It can hurt us as Argentines [that he hasn’t won that prize], but it hurts him more than anyone else, I have no doubt.”

Sat Jan 30 , 2021
The Nigeria stars were on parade as the Baggies played out a draw against the Craven Cottage outfit Semi Ajayi, Ola Aina, Ademola Lookman and Tosin Adarabioyo were in action in West Bromwich Albion’s 2-2 draw against Fulham in Saturday’s Premier League game. Ajayi has been delivering eye-catching performances for […] 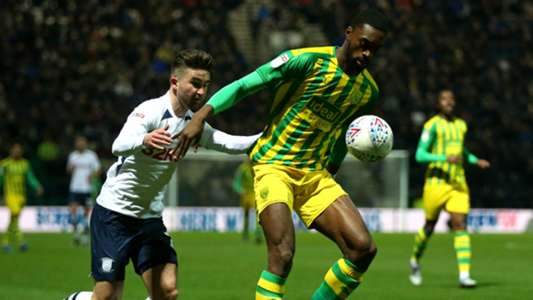