On Wednesday, for the second game in a row, Kerala Blasters opened the scoring and allowed their opponents to get back into the game in the second half of a 2020-21 Indian Super League (ISL) fixture.

Blasters had a difficult task at hand at the start of the week. They were set to play teams occupying the top two positions on the table. And as the week draws to a close, supporters must have learned why those two opponents are where they are on the table. Their mentality despite conceding was a model for others to follow.

It wasn’t a typically dominant display from Mumbai City against Blasters. There were a lot of positive signs for Kibu Vicuna’s team who managed to go toe-to-toe with the best team in the league.

Juande and Vicente Gomez, albeit a bit slow on the ball, managed to dictate proceedings in the midfield against their opponents who were without the suspended Ahmed Jahouh.

The pendulum kept swinging in the first half and it was the Islanders who had the better chances to score at the start of the match. Adam Le Fondre threatened twice in the opening 15 minutes, after latching onto the dangerous Hugo Boumous’ defence-splitters inside the box and firing inches wide of Albino Gomes’ goal on both occasions.

Blasters broke the deadlock after a good move allowed Rahul KP to force a save off an excellent Amrinder Singh and concede a corner-kick. Sahal Abdul Samad delivered an inch-perfect set-piece from the left side for Vicente Gomez who headed the ball neatly into the net. The pendulum had swung the other way.

Jordan Murray out of nowhere, nearly doubled his team’s lead when he hit a ferocious volley from distance which nearly crept into the top left corner of the net. Amrinder Singh, Mumbai City’s hero of the first half, kept the league leaders in the contest and that proved to be useful.

The second half was all about Mumbai City’s mentality to claw their way back into the contest. It took just seconds for them to equalise against the worst defence in the league. A low cross into the box from the right from Cy Goddard took a deflection off Costa’s legs and found its way towards Bipin at the far post who sneaked in unmarked and slammed the ball home.

Mumbai actively searched for a second goal and it was gifted to them after the hour-mark. Costa, who has been in terrible form since the first few games, clumsily brought down Le Fondre inside the box and conceded a penalty. The striker wrote a thank you note with a powerful strike that left Gomes with no chance. The pendulum had completed its final swing and the comeback was complete.

For all the positive output from Blasters’ midfield and attack, their defence let them down and it’s been a recurring theme of their games. They, like many other teams, have been at the end of poor refereeing decisions, but at the end of the day, there is simply no excuse for terrible defending.

Thu Feb 4 , 2021
In another match on Wednesday, Mohammedan SC were held to a goalless draw by NEROCA Churchill Brothers remained on top of the I-League table despite settling for a goalless draw against Aizawl FC at the Kalyani Municipal Stadium on Wednesday.   The Red Machines almost took an early lead the Aizawl goalkeeper almost […] 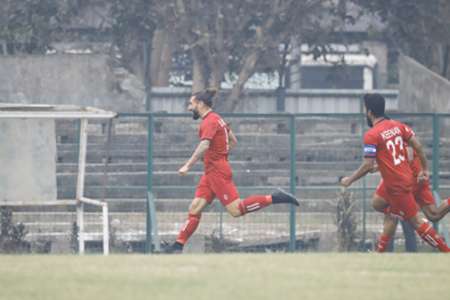