As some players begin to resume their training, coaches are starting to return as well. Daniel Vallverdu has been working in Monaco with Stan Wawrinka for the past two weeks and believes the Swiss can continue to build on his solid form at the start of 2020 when action resumes on the ATP Tour.

“We were on a good path before the pandemic hit. He was finding his way again after injury and getting his game back in some of the biggest events,” Vallverdu said on the latest ATP Tennis Radio podcast. “We had good momentum going from last year and a good off-season… The most important thing is that he’s feeling fit and [has] no injuries. I hope we can have a good couple of months of practice now.

“He’s coming towards the late stage of his career and quite a tough surgery [in 2017], so the main thing when we’re training and scheduling is how everything will benefit or hurt his body. We’re looking at how he can peak physically when he steps on court at events and obviously how much time you give the body to recover. We spoke about scheduling a lot in December because Stan needs a lot of balls to gain confidence and needs matches, but we also need time for him to rest.”

The 34-year-old Venezuelan’s resume would make it easy for any player to heed his advice. Vallverdu was part of the team that helped guide Andy Murray to two Grand Slam titles (2012 Wimbledon, 2013 US Open) and a gold medal at the 2012 London Olympics. He also brought Tomas Berdych to his career-high FedEx ATP Ranking of No. 4 in 2015 and steered Grigor Dimitrov to the title at the 2017 Nitto ATP Finals. But while his credentials speak for themselves, he attributed good fortune to getting his initial break.

“I was offered a great job with Andy when I was 23 years old. He was No. 2 in the rankings and it worked quite well from the beginning, so that was the luckiest part of my life,” Vallverdu said. “He was winning tournaments and a contender for the big tournaments from the moment I started working with him, so it put my name out there a lot. Obviously I did something right when I started working with other players after that.”

Vallverdu is now leading the effort to raise funds for fellow coaches who have been impacted by the ongoing COVID-19 pandemic. He teamed up with other members of the ATP Coach Programme, in collaboration with ATP, to enable fans to bid on a series of exclusive fan experiences through online fundraising platform Givergy.

“I’m just trying to help as much as I can by putting this auction together,” Vallverdu said. “We’re offering some pretty amazing experiences with some of the coaches. It’s difficult to find that kind of access.”

For more information on available experiences and merchandise or to donate to the initiative, please visit the Givergy website.

Manara: Simba SC draw vs Ruvu Shooting hurt but should not discourage fans

Mon Jun 15 , 2020
The Mainland giants plead with their fans to keep supporting the team despite a shock result in their first league match Simba SC have urged their fans not to be worried after they posted a 1-1 draw against Ruvu Shooting in a Mainland Premier League match on Sunday. The league […] 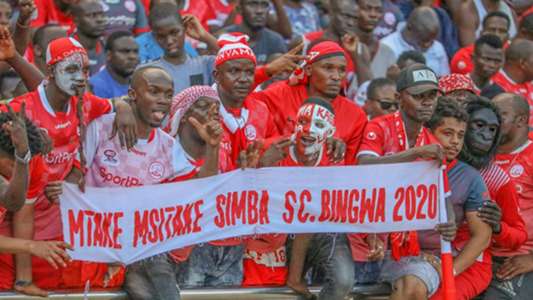