SuperSport United coach Kaitano Tembo has predicted “another tough and difficult game” against Orlando Pirates whom they host at Lucas Moripe Stadium on Wednesday.

Fresh from Saturday’s 1-1 draw against Kaizer Chiefs, Matsatsantsa are up against another Soweto giant.

Tembo stressed the need to have all his players available as they seek to maintain or better their second position on the log.

“Another difficult team, difficult game. They are a team that has been doing well and it’s always not going to be easy,” Tembo told SuperSport’s media team as per Front Runner.

“It’s going to be tough. Playing these games, two tough games coming. We need to have everyone available because you could see that the legs were a little bit gone there. But we have to keep on fighting.”

The reverse fixture between SuperSport and Pirates ended in a 2-1 victory for the Buccaneers at Orlando Stadium in November 2020.

But the two sides resume their rivalry on Wednesday as SuperSport are buoyed after avoiding defeat against Amakhosi.

The Tshwane side had to come from behind to salvage a draw against Chiefs, a game in which he made an early substitution by taking out Lucky Mohomi for Kuda Mahachi in the 36th minute.

“It was tactical because I thought Lucky wasn’t giving us much. He lacked energy in terms of pressing, he was always slow especially to gather the second ball,” continued Tembo.

“That’s why we had to bring in Jammie [Webber] a bit little bit more inside and have an out and out winger in Kuda Mahachi. [Giuly] Manziba hasn’t played for close to five months now so giving him a little bit of game time will help in terms of us getting more options attacking-wise. He is still not yet there but I think this is a starting point.

“With [Onismor] Bhasera he did very well expect for the first goal they scored. I thought we could have handled that better in terms of communication and decision-making as well as awareness. You are in that area and if you are not sure just take it away from the danger zone and then we regroup.

“That was a disappointing factor in terms of Bhasera’s comeback but with his performance, you can’t fault him.”

Antonio Habas: Roy Krishna is the best player in the ISL

Sun Feb 21 , 2021
Antonio Habas has said that his team will not over overconfident going into the last two games in the league stage… Antonio Habas has reiterated that striker Roy Krishna as the best player in the Indian Super League (ISL).  Krisha has been instrumental in the team’s recent success as the Mariners […] 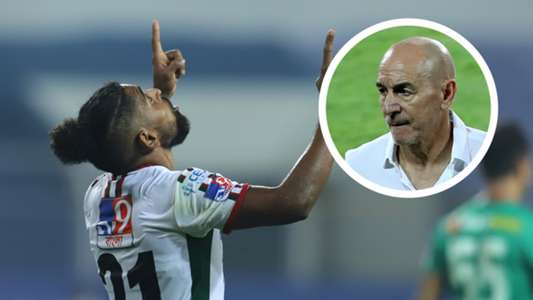