Bruno Fernandes says he doesn’t want to win the annual PFA prize at the expense of Manchester United’s success, with it his belief that team trophies are more important than individual awards.

United have emerged as genuine title contenders for the first time since Sir Alex Ferguson’s departure in 2013 under Ole Gunnar Solskjaer.

The Norwegian delivered a third-place Premier League finish in his first full season in charge, and his side have kicked on from there to shorten the gap on reigning champions Liverpool.

Fernandes has received most of the credit for the Red Devils’ rise though, with a man who arrived at Old Trafford for €55 million (£14m/$18m) from Sporting CP in January already being compared to legendary figures of the past.

The Portuguese midfielder has hit 26 goals in his first 46 outings, while also providing an impressive 17 assists, becoming an instant cult hero among supporters in the process.

The 26-year-old is already being tipped to win the PFA Player of the Year award for 2020-21, but he claims that it would bring him greater satisfaction to see one of his team-mates pick up the accolade.

“If we win trophies, it is the most important thing,” Fernandes told MUTV.

“I think we will always be happy if someone else takes an individual award because it means the team is doing well. Nobody in football, a team sport, wins an individual trophy just doing well himself.

“You have to do well but you have to have the help of your team-mates to do well. When you have an individual trophy, of course, you are doing really well and deserve the credit but that credit goes to the team because they help you do better and better.”

Fernandes set up Marcus Rashford’s winning goal against Wolves last time out, and he will likely return to Solskjaer’s line up when United play host to high-flying Aston Villa on New Year’s Day.

The Red Devils will go level with Liverpool at the top of the table if they beat the Lions, which would perfectly set up a massive showdown against Jurgen Klopp’s men at Anfield on January 17.

Baraza: Biashara United coach on why Kahata may be key for Simba SC vs FC Platinum

Thu Dec 31 , 2020
Biashara Mara United head coach Francis Baraza believes Francis Kahata can be key for Simba SC to eliminate FC Platinum from the second preliminary round of the Caf Champions League. In the last meeting, Perfect Chikwende scored the only goal to give his team a slight advantage ahead of the […] 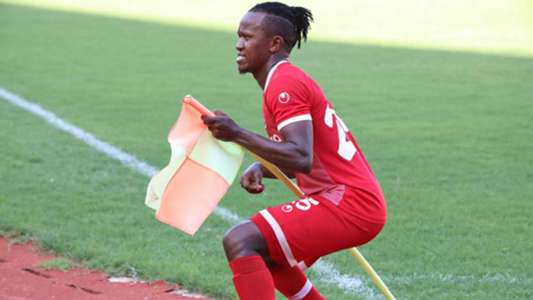