Following his effort against the Phocaeans, the youngster of Cameroonian origin has now scored his maiden goal in the French top flight

France youth international of Cameroonian background Aurelien Tchouameni scored his first Ligue 1 goal with a second-half header as AS Monaco defeated Olympique Marseille 3-1 at Stade Louis II, in the process ending a three-year wait to find the back of the net in the French topflight.

In the keenly contested affair, it was the visitors who drew the first blood after twelve minutes of play through Nemanja Radonjic. Receiving a pass from Duje Caleta-Car, the Serbian midfielder raced into the Phocaeans’ goal area before a slotting the ball past goalkeeper Benjamin Lecomte.

Andre Villas-Boas’ men held their nerves to take a slim 1-0 lead into the first-half break despite pouring attacks from the hosts.

Three minutes into the second half, Guillermo Maripan levelled matters for Monaco after a corner kick taken by Aleksandr Golovin found the Chilean defender, who shrugged off Alvaro Gonzalez before sending a header into the top corner of Steve Mandanda’s goal.

In the 75th minute, Tchouameni put his side ahead for the first time in the four-goal thriller after heading Golovin’s corner kick past Mandanda.

Substitute Stevan Jovetic rifled home a superb free-kick — arrowing a rocket of a shot across into the far top corner of the visitors’ goalkeeper – to complete the comeback and helped them secure their 12th win of the 2020-21 campaign.

Tchouameni, 20, was in action from start to finish alongside Mali prospect Youssouf Fofana, while Senegalese forward Krepin Diatta – who moved to France on a five-and-a-half-year contract from Belgian First Division A side Club Brugge – was handed his maiden appearance after replacing Sofiane Diop in the 68th minute.

For the visitors, Tunisian star Saif-Eddine Khaoui came in for Michael Cuisance with 14 minutes left to play, while Cameroonian goalkeeper Simon Ngapandouetnbu was not considered for selection by manager Villas-Boas.

Thanks to this result, Monaco climbed to fourth in the French elite division log having garnered 39 points from 21 outings, while 10-time league champions Marseille dropped to sixth with 32 points, albeit, they have played a game less.

Despite representing France at U16, U17, 18, and U19 levels, Tchouameni remains eligible to represent the Indomitable Lions at senior level.

Sun Jan 24 , 2021
The former Bayern Munich defender feels that Qatar’s national team will receive good support from neutral fans during the showpiece event… Former Brazil captain Lucio is not a stranger to World Cups. A veteran of three World Cup campaigns with the Selecao, Lucio has had an illustrious career adorned with […] 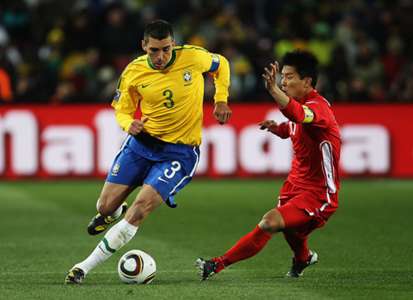