Brighton & Hove Albion forward Percy Tau has been given a chance to make his Premier League debut against Manchester City on Wednesday.

The South Africa star was yet to play in the English top-flight since his switch from Mamelodi Sundowns in 2018 because he had spent the last two-and-a-half years on loan in Belgium.

On Sunday, the 26-year-old was introduced as a second-half substitute as Brighton defeated League Two club Newport County on penalties in the FA Cup.

For the encounter at the Etihad Stadium, Tau joins Leandro Trossard and Alexis Mac Allister to complete the Seagulls’ attacking force.

The Albion side who’ll take on @ManCity tonight at the Etihad.

Brighton are currently enduring an eight-game winless streak in the Premier League since their 2-1 victory over Aston Villa in November 21.

Algeria captain Riyad Mahrez is another African star who will feature in the encounter, for opponents Manchester City.

Mali’s Yves Bissouma is suspended for the Seagulls after he received his fifth yellow card of the season earlier this year against Wolverhampton Wanderers.

Wed Jan 13 , 2021
The Gunners outcast has spoken openly about his desire to play for the Turkish giants, with his time in the Premier League seemingly coming to an end Mesut Ozil appears on the verge of leaving Arsenal with Fenerbahce director Emre Belozoglu claiming the playmaker is ‘closer than ever’ to joining […] 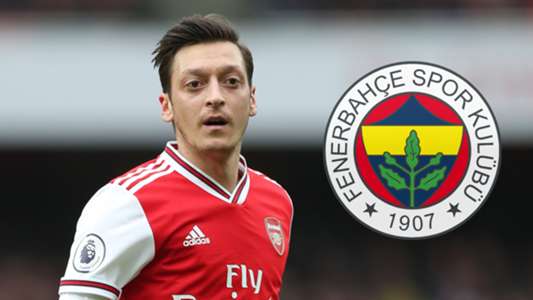