Downs are yet to be beaten in the league in 16 matches this term; the only game they’ve lost all season was the opening day MTN8 loss to Bloem Celtic

Former Kaizer Chiefs and Orlando Pirates defender Jimmy Tau has underlined how Mamelodi Sundowns’ superiority saw them through to 2-0 victory over a plucky Baroka FC side at the Loftus Versfeld Stadium on Wednesday evening.

Sundowns were not completely at their best and Baroka enjoyed, but squandered, some good chances to take something from the game.

Instead it was Downs’ ability to absorb the pressure and to manage to find the all-important breakthroughs at the other end, which saw them grinding out a hard-fought win.

It was the kind of victory which sometimes marks out league champions; the ability to win against fired-up opposition even when not fully firing on all cylinders.

Certainly it was Bakgaga who had enjoyed the upper hand in a goal-less first half at Loftus. Downs were better in the second half and scored in the 63rd and 68th minutes, through Gaston Sirino and Peter Shalulile, respectively.

“I think in the second half Sundowns came back with a much different game-plan altogether,” former Chiefs and Pirates defender Tau said in his role as a SuperSport TV analyst after the match.

“It was more to take control of the game, yet Baroka came in and created chances. When you look on the balance of play, Baroka did have chances where they could have actually stolen this game.”

Tau believes it was ultimately the Brazilians’ superior class – their composure and experience – which ensured victory for the Tshwane side.

“When you look at the composure from Sundowns, you then realise the level of experience. They were able to control the game, and they got the crucial goals,” Tau explained.

The victory for the defending league champions took them five points clear of second-placed SuperSport United, with Swallows FC a further two points back.

The Brazilians are in search of a fourth consecutive league title and an 11th in total since the inception of the Premier Soccer League in 1996.

Their next match is in the Caf Champions League – away in Algeria against CR Belouizdad on 23 February. 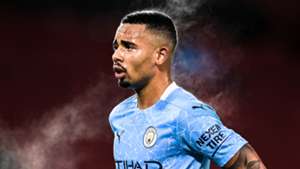