Azam FC were held to a 0-0 draw by Tanzania Prisons in a Mainland Premier League contest on Monday at Chamazi Sports Complex.

The Ice-cream Makers, who are slowly picking up their campaign after the initial struggle, were unable to see off the resilient rivals and had to settle for a point at home.

In the last five games, George Lwandamina has seen his side win two games, draw in another two and lost in one as they try to close in on Yanga SC and Simba SC who are above them with more than 10 points.

On March 3 and 6, the Ice-cream Makers will be up against Kagera Sugar and Mwadui FC while Tanzania Prisons, who are eighth with 26 points, will entertain Mbeya City and Simba in early March. The game against Wekundu wa Msimbazi could be postponed though given the Caf assignments the champions are engaged in.

Meanwhile, Dodoma Jiji and Polisi Tanzania drew 2-2 in their respective match that was played earlier.

Daluwesh Saliboko opened the scoring for the law enforcers in the 29th minute but the hosts fought back and equalised in the third minute of added time of the first half through Anuary Jabiri.

Marcelo Bonaventure powered Polisi Tanzania back into the lead in the 73rd minute before the league debutants equalised again two minutes later via Jabiri again.

The result means the debutants will remain at the top of Polisi Tanzania in seventh position with 29 points from 21 games. On the other hand, the Cops, who are yet to register a win in the last five games, are ninth with 25 points from 20 games.

Dodoma Jiji will be up against Kipigwe FC in the Azam Shield Cup encounter on January 28 before facing Ruvu Shooting and Mbeya City in the first league matches of March.

Polisi Tanzania have been scheduled to play Kinondoni Municipal Council and Yanga in the next Mainland Premier League games on March 4 and 7 respectively.

Mon Feb 22 , 2021
Pep Guardiola’s massive European success with Barcelona comes as no secret – but what is his Champions League record with Bayern & Manchester City? Pep Guardiola has won almost every trophy under the sun during his time managing Barcelona, Bayern Munich and Manchester City. He will forever be associated with […] 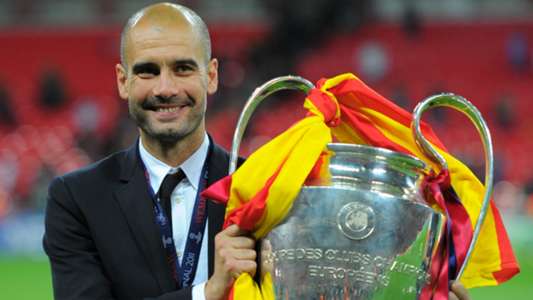