Tanzania U20 emerged 5-3 winners against Uganda U20 in a second encounter of the pre-African Cup of Nations mini-tournament on Saturday at Chamazi Sports Complex in Dar es Salaam.

Both nations are preparing to feature in the Afcon 2021 edition in Mauritania and Ngorongoro Heroes picked the win after losing the first encounter by a solitary goal that was struck by Richard Basangwa.

Suleiman opened the scoring in the 13th minute when he put Tanzania in the lead from a penalty. John extended the lead when he struck in the 16th minute before Uganda got the first goal three minutes later via Kakooza.

Morley Byekwaso’s side equalised in the 25th minute through Bogere but Suleiman restored Ngorongoro Boys’ lead in the 57th minute. Uganda fought and got another goal in the 73rd minute but their resurgence did not last long as Tanzania struck in the 75th minute through Shaban. The fifth goal for Tanzania came in the 90th minute when Suleiman found the back of the net through a penalty again.

Uganda are expected to take their flight to Mauritania on February 10 before the Afcon U20 competition begins.

Uganda are in Group A with Mauritania, Cameroon and Mozambique. They begin the campaign with a clash against Mozambique on February 15 before facing Cameroon on February 17.

On February 20, Byekwaso will lead his side in a final group match against Mauritania.

On the other hand, Tanzania are in Group C alongside Ghana, Gambia and Morocco. In Group B, Burkina Faso, Tunisia, the Central African Republic and Namibia are the competitors.

The two group winners will advance to the quarter-finals of the continental competition alongside the two best third-place finishers from any of the two groups.

Sat Feb 6 , 2021
The ATK Mohun Bagan coach was happy with his team’s second half show against Odisha FC… Manvir Singh scored a brace as ATK Mohun Bagan pummeled Odisha FC 4-1 in the Indian Super League 2020-21 contest at the GMC Stadium in Bambolim on Saturday.  Despite the brilliant show put on […] 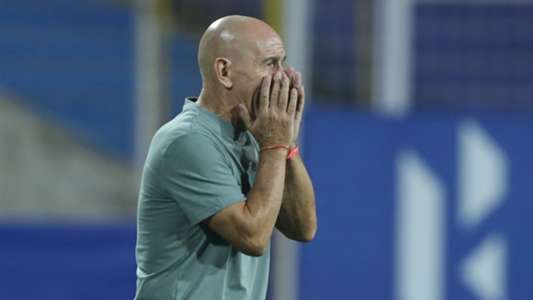