Two weeks after their last involvement in a domestic fixture when they dismissed Cape Town City 2-0 in a league clash at home, Pirates will return to PSL business.

With eight points behind Sundowns in fifth spot, the Buccaneers’ title credentials are still intact although they face a tough task to catch up with the table-toppers.

Their opponents SuperSport have already made their title intentions known and are currently placed second on the log and trailing Downs by four points, although they have played a game more.

For Mtasatsantsa, it is yet another date against a Soweto giant after they held Kaizer Chiefs 1-1 at FNB Stadium four days earlier.

After SuperSport coach Kaitano Tembo substituted Lucky Mohomi in the 36th minute during the draw against Chiefs, there were fears that the midfielder could have suffered an injury.

But Tembo moved in to allay the concerns, saying it was a tactical substitution.

The Zimbabwean coach, however, complained that his side showed a bit of fatigue in that match.

Midfielder Teboho Mokoena has not featured for SuperSport since mid-January and the club has not issued an update on the state of his fitness.

Already out are strikers Zakhele Lepasa and Tshegofatso Mabasa, leaving Zinnbauer with Jean-Marc Makusu as the only outright frontman available.

That saw Makusu being handed his first start in Pirates’ colours last Sunday for their Caf Confederation Cup 1-0 win over Jwaneng Galaxy.

The German tactician has been sweating over the fitness of Frank Mhango and Thembinkosi Lorch who can be used as a makeshift number nine.

In case the injured forwards do not recover in time, Zinnbauer would be forced to use Deon Hotto, Terrence Dzvukamanja or Azola Tshobeni as strikers.

Pirates go into this match enjoying a four-game winning streak across all competitions in their recent matches.

That is the kind of form Zinnbauer could have asked for ahead of facing a tough side like SuperSport.

While Pirates’ last four wins includes two Caf Confederation Cup matches as well as a Nedbank Cup game, they are keen to create a consistent run on the league front.

Before recording victory, their last league outing, a 2-0 win over Cape Town City, they had been beaten 2-0 by Golden Arrows in the previous match.

That defeat by Arrows was preceded by the 2-1 Soweto derby dismissing Kaizer Chiefs, while TS Galaxy had held them 1-1 after a 1-0 win over Maritzburg United.

SuperSport have equally been struggling for consistency in the PSL, having posted two victories, as many draws and a defeat in their last five games which saw lost opportunities to overtake Sundowns.

The last meeting between Pirates and SuperSport ended 2-1 in favour of the Buccaneers who had to come from behind in November 2020.

Tue Feb 23 , 2021
The veteran is set to serve as a stopgap before the likely arrival of France star Sarah Bouhaddi OL Reign have announced the signing of England goalkeeper Karen Bardsley on loan from Manchester City.   The 36-year-old will join through June 30, with the NWSL club in need of a stopgap at […] 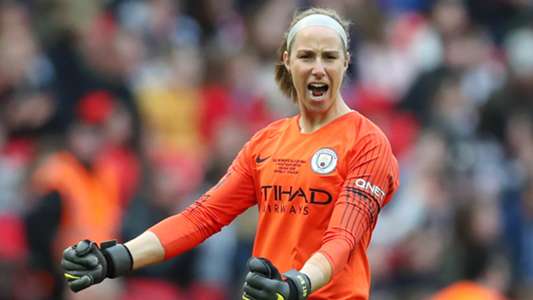