Having failed to score on his debut versus Al Raed, the 31-year-old made his presence count as the White Lions extended their winning streak to four at the King Saud University Stadium.

After replacing Fabio Martins in the 63rd minute, the former Nigeria international found the net in the 90th minute with a sublime finish past goalkeeper Bradley Jones.

Lifted by their 4-1 victory over Al Raed, Carlos Inarejos’ men approached the game with all seriousness as they hope to consolidate their lead in the Saudi elite division log.

They took the lead in the 17th minute after Ever Banega slotted his penalty past Jones after defender Osama Al-Khalaf had launched a dangerous tackle on Fabio Martins in the goal area.

In the 28th minute, the visitors doubled their advantage after Cristian Guanca headed Abdullah Al Zoari’s cross past the goalkeeper.

Despite persistent efforts from the hosts, they were unable to reduce the deficit as Al Shabab went into the halftime break with a two-goal advantage.

Inarejos’ team continued from where they stopped in the second-half and when it appeared that the goals had dried up, Guanca completed his double in the 82nd minute with a cool finish orchestrated by Fawaz Al Sagourq.

Moroccan forward Abderrazak Hamdallah was presented with a chance to reduce the deficit, albeit, his penalty kick was stopped by Saudi Arabian goalkeeper Zaid Al Bawardi.

With barely the last kick of the game, Ighalo sealed the victory after controlling Banega’s pass before beating the opposing goalkeeper.

Apart from the former Watford and Granada star, Senegalese midfielder Alfred N’Diaye was the other African in action for the Riyadh based side – playing every minute of the encounter.

Thanks to this result, the White Lion remain at the summit of the Saudi Pro League table with 38 points from 18 outings so far in the 2020-21 campaign – four points above closest challengers Al Ahli.

They would be hoping to extend their winning streak when they welcome 11th placed Al Fateh to the King Fahd Stadium on Wednesday.

Thomas Tuchel: I asked Ben Chilwell to trust us after being dropped for Marcos Alonso on Chelsea's left side

Sat Feb 13 , 2021
The England international is increasingly finding himself on the bench after being a favourite of his previous manager Thomas Tuchel has issued assurances to Ben Chilwell, who lost his starting spot in Chelsea’s team soon after Tuchel took over as manager in late January. The £50 million ($69m) signing from Leicester City […] 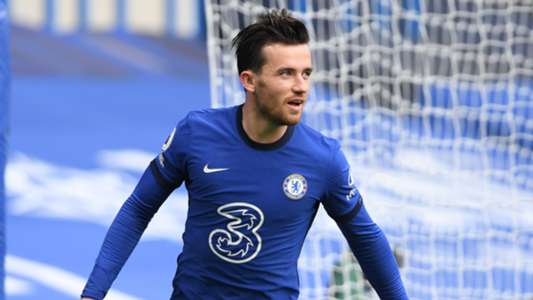