Ahead of the January transfer window, Kerala Blasters pulled off an interesting swap deal…

Two teams who have had two completely different kinds of seasons so far, engaged in a transfer deal that saw players swapping shirts ahead of the January transfer window in the 2020-21 Indian Super League (ISL).

ATK Mohun Bagan are at the top of the league table with 17 points from eight matches and have only lost one game. Kerala Blasters, on the other hand, recently ended their winless run and are ninth with seven points. And these two teams exchanged players with more than half of the season left to be played.

Kerala Blasters allowed Indian winger Nongdamba Naorem, who is only 20 years old, to join ATK Mohun Bagan on loan until the end of the season. Although it is a loan deal, there is a catch. Noarem, who started three matches this season for the Yellows after spending the previous season on loan at Bagan, is in the final year of his contract.

His contract with Blasters ends at the end of the season and the youngster is free to negotiate a deal with Bagan. It is a bitter end to his Blasters career after joining the team two years ago amid much fanfare.

Although he started three matches for Blasters and is a talented youngster, given the team’s poor start to the season, it was looking increasingly unlikely that Noarem would be a key part of Vicuna’s plans for the rest of the season. With Facundo Pereyra and Sahal Abdul Samad being used on the left flank, Noarem would have continued to spend more time on the bench than on the pitch.

For the player, though, whether his minutes on the pitch will see an improvement with the league leaders will be a different point to ponder. The last youngster who left Blasters to join Bagan – Dheeraj Singh – has played one match and spent 20 games on the bench and is on the verge of leaving the club. However, Michael Soosairaj’s injury has opened a door on the left flank of Antonio Habas’ system and Noarem will try to make full of any opportunity he gets.

The Indian player’s vacant spot in the Blasters squad will be taken up by the incoming striker Subha Ghosh. The 20-year-old striker came off the bench eight times and scored thrice for the Mohun Bagan team that won the I-League title last season under Vicuna.

Blasters not only received a transfer fee for Noarem whose contract is up at the end of the season but also signed a player who will be with the club till 2023. Santa Claus was generous this year.

Ghosh won’t set the stage on fire for Blasters as soon as he comes in but he can be a useful alternative for Vicuna who knows the player well from his Bagan days. Gary Hooper has struggled to lead the line at Blasters and the 25-year-old Jordan Murray recently replaced the Englishman in the lineup as the team picked up their first win of the season.

The Australian did a much better job as a striker and with an Indian striker like Ghosh also part of the squad, it will be interesting to see how Vicuna sets up his team.

As a Blasters supporter, it would be unwise to expect any kind of immediate impact from Ghosh. But this is football. You cannot predict what will happen.

Thu Dec 31 , 2020
After 12 mixed months under Carlo Ancelotti, the Nigeria playmaker will look to go from strength to strength in the New Year Iwobi, by and large, had an underwhelming 2020, but it’s come to an encouraging finish with events in the last month and a bit. Criticised for his end product, […] 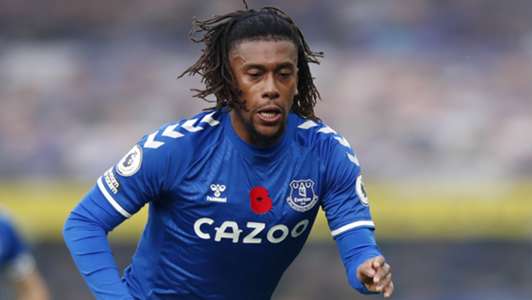