Pep Guardiola’s side sit seven points clear of nearest rivals Manchester United and Leicester City at the top of the Premier League with a game in hand, while they have also reached a third consecutive Carabao Cup final at Wembley Stadium.

Coupled with their continued progression in both the FA Cup and the Champions League, City remain on track for a continental quadruple, a feat all the more impressive given that they sat as low as 13th in the top-flight in mid-November.

Editors’ Picks
What has Stones said?

The veteran centre-back has been one of the key catalysts behind City’s return to blistering form, having reclaimed his place in Guardiola’s starting plans following a season on the fringes and looks set for a deserved England recall at Euro 2020.

Stones has refused to single himself or any other single player out for their impressive resurgence, instead stressing that their success has been achieved through their collective drive and determination.

“I am thoroughly enjoying [this campaign],” he told the club’s official website. “I think at one point this season we were not in a good position in the table, but we have kept fighting ever since then and turned it around.

“It is credit to the team and everyone who has played their part and that is absolutely everyone. To be in the position we are in now is incredible and we have got to build on that and keep pushing forward. That is the mentality around the group at the minute.”

Last weekend’s emphatic victory over Tottenham – who previously condemned them to their last league defeat in November – highlighted just how far City have come following an uncharacteristically shaky start to the campaign.

It served not only as a reaffirmation of their talent however but as a dress rehearsal for the pair’s Carabao Cup final clash, pushed back until April.

Combined with their healthy lead at the top of the Premier League and their advance through to the quarter-finals of the FA Cup, where they face Everton, and City look on track to match the domestic treble they achieved two seasons ago.

Focus will also be on how far they can go in Europe this year, with next week’s last-16 first leg against Borussia Monchengladbach representing the next test on their pursuit of a Champions League crown.

Wed Feb 17 , 2021
The striker – born to a local father and an English mother – needed just the first half to net twice Kenya’s Jonah Ayunga scored a brace in Bristol Rovers’ 3-1 win over Portsmouth on Tuesday in a League One encounter. Ayunga played a critical role as the Gas picked […] 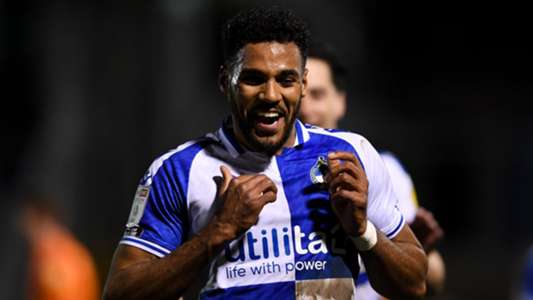