Stellenbosch FC defender Robyn Johannes says they have noted where they went wrong the last time they met Mamelodi Sundowns and will not repeat the same mistakes when they clash against the Brazilians in Wednesday’s Nedbank Cup match.

The two sides collide at Loftus Versfeld in a Last 32 contest as Downs kick off their bid to defend the Nedbank Cup, while Stellies hunt for their first-ever major piece of silverware.

Sundowns convincingly beat Stellenbosch 3-0 in a Premier Soccer League match in November, 2020 and Johannes feels a repeat of that outing will not be witnessed on Wednesday.

“I think the last time we met, we didn’t pitch up for the game. We let ourselves down with our performance,” Johannes told Sowetan Live.

“We’ve had a good look at ourselves and have been working hard to make sure we avoid what happened in our previous meeting. They are a fantastic team. Sundown’ attack is filled with intelligent, top-quality players.

“We have to be at our best and defend well as a team, which I believe we will. Sundowns are always a difficult opponent. They are a fantastic team. We are not naive about the challenge that awaits us. But we have to be up for it, be positive and confident in our ability as a team.”

Stellenbosch will be facing a Downs side that is yet to taste defeat in league games this season.

Masandawana’s only defeat this term came in the MTN8 when they were eliminated at the quarter-final stage following the 1-0 loss against Bloemfontein Celtic.

But since then, they have strung a 15-match unbeaten run, which is in contrast to Stellenbosch who have failed to record a victory in their last five PSL games consisting of two defeats and three draws and having conceded seven goals.

“Look, every team goes through a slump. We haven’t tasted victory in a while,” said Johannes.

“But unity, strength and belief in each other will turn things around. We are an amazing club, with a good squad, and we will give our best in every game we play and give this cup our full commitment and put in a performance to be proud of.”

Chan 2021: ‘It will be a tough game’ - Morocco’s Ammouta fires Cameroon warning

Wed Feb 3 , 2021
The Atlas Lions coach admitted his side faces a major challenge in their quest to reach the competition’s final Coach Houcine Ammouta disclosed Morocco face a tough challenge as the Atlas Lions’ African Nations Championship title defence fate will come down to Wednesday’s semi-final clash with Cameroon. First-half goals from […] 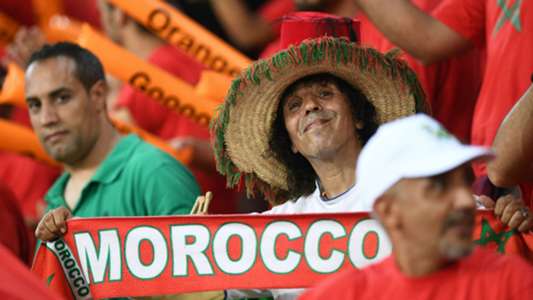