WTA cleared away all doubts about Asian Swing: the women’s Tour released the official schedule of the post-pandemic season and, surprisingly, the girls will start after more than five months of stop in Italy, with the WTA International in Pelermo.

It will begin with the Ladies Open in Palermo, the first official tournament to be played after the global pandemic. After Palermo WTA International the girls will move to New York to play the three weeks at Flushing Meadwos.

First there will be the combined Western and Souther Open (which will be played USTA at Billie Jean King National Tennis Centersettimane), followed by the highly anticipated US Open 2020, which will then become the second Slam of the season.

However, the organizers decided to include Istanbul WTA International during the second week of the US Open.

From the US Open to the Roland Garros

Immediately after the end of the US Open there will be two weeks away from the Roland Garros: in this fortnight there will be a real clay-season in Europe.

In fact they will play the two combined events Mutua Madrid Open and the Italian Open. The much-discussed Roland Garros 2020 will begin in Paris on 27 September, becoming the third Major of the year. During the second week of the Parisian Slam, it was scheduled the WTA International in Seoul.

WTA decided to share the schedule even after the French Open: the Asian-season will begin in October: there were many doubts about playing tournaments in Asia. Doubts that still remain as far as the ATP Tour is concerned but that, for now, if there were no further problems related to the pandemic, they should not concern the WTA tour.

The first tournament will be the Beijing Premier Mandatory, then the Wuhan Premier 5 and the Nanchang WTA International, in the same week. After the WTA Premier in Zhengzhou scheduled for October 26th, girls should play in Moscow and Toky.

The last three events will be the WTA Finals in Shenzhen, the WTA Elite Trophy in Zhuhai and the WTA International in Guangzhou, tournaments that will be played in China. These are the hopes of WTA that would like to end the year with as many events as possible.

Much will depend on the trend of the pandemic but if there are no further problems, this will be the schedule of the female season from August to November.

Fri Jun 19 , 2020
The Frenchman is well and truly etching his name into the club’s history books with an impressive goal haul Karim Benzema never imagined he would be among Real Madrid’s top five goalscorers after surpassing Ferenc Puskas on Thursday. The striker scored a brace as Madrid moved back within two points […] 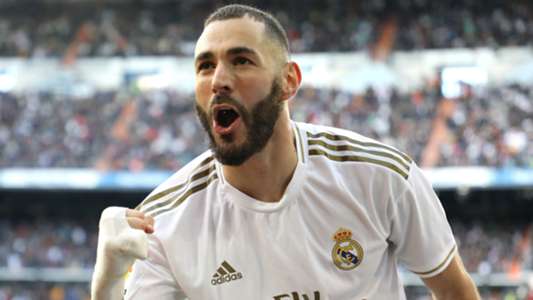