Tennis legend Stan Smith says Novak Djokovic may end up breaking the all time Grand Slam record of Roger Federer, but added that the Serbian champion would never be liked as much as Federer by tennis fans across the world.

Stan Smith, who has been inducted into the International Tennis Hall of Fame, spoke about the popularity of Roger Federer as compared to Novak Djokovic. The Serb has often spoken about how the crowds tend to support Federer and Rafael Nadal more during his matches against them.

Speaking to Ubitennis, Smith says, “If they [Novak Djokovic and Roger Federer] were to play in Serbia, the crowd would still be split 50-50 because Federer is so popular around the world. He would go into the encounter thinking he might have the home-court advantage.”

Smith says the reason for the same is Federer’s gracious behaviour on the court. “It’s just about personality that comes across on the court. Roger Federer is relatively more gracious to his opponents no matter what the situation may be but Novak is more of a fighter and he shows his emotions a bit more.”

Federer has already announced that he will be missing the rest of the season due to a knee injury for which he underwent another surgery recently. The US Open has announced it will go ahead in August while the French Open is scheduled to be held at the end of September.

While Djokovic and Nadal have both said that they are not sure if they would travel to the United States in the midst of a pandemic with the proposed restrictions, they may both have a chance to increase their Slam count at the French Open in September since they are currently based in Europe and would be more comfortable to travel within the continent.

Djokovic is currently ranked No. 1 in the world, followed by Rafael Nadal at No. 2 and Roger Federer at No. 4 in the rankings.

Thu Jun 18 , 2020
Novak Djokovic seems prepared to play at the US Open after the world No 1’s worries over the tournament were addressed. from Daily Express :: Tennis Feed https://ift.tt/30UlCVF Source of the article 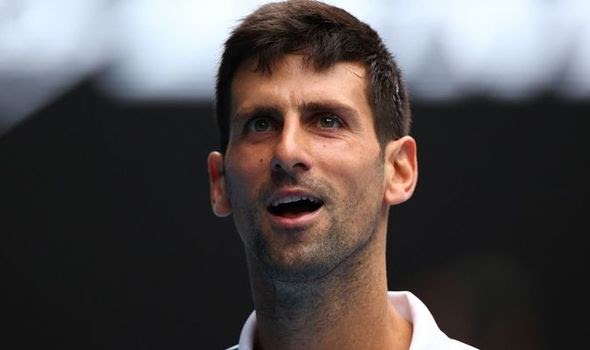