The USTA today announced Thursday that Stacey Allaster, its Chief Executive, Professional Tennis, has been named US Open Tournament Director, effective immediately. Allaster is the first female Tournament Director in the US Open’s 140-year history.

Allaster will be responsible for all competitive aspects of the US Open, including player relations, officiating and match scheduling, among other duties. She succeeds David Brewer, who stepped down after the 2019 US Open.

Allaster joined the USTA in 2016 after more than nine years at the WTA, where she first served as the President and then the Chairman and CEO. Since joining the USTA, she has overseen a number of innovations at both the US Open and US Open Series events, including the serve clock, warm-up clock and on-court coaching during the US Open Qualifying and junior tournaments.

“Stacey Allaster is an internationally renowned sports and entertainment leader, a champion of equality and an innovator in the sport of tennis,” said USTA Chairman and President Patrick Galbraith. “She is the perfect leader to ensure the US Open continues to thrive and attracts new generations of fans and players in the years to come, and we’re proud to welcome her as the tournament’s first-ever female Tournament Director.”

Thu Jun 11 , 2020
The ex-Nania FC player has nothing but kind words about his former international colleague  Former AS Roma midfielder Ahmed Apimah Barusso reveals he took inspiration from erstwhile Chelsea ace and former international team-mate Michael Essien in reaching the elite stage. After years in the Italian lower divisions, the former Nania […] 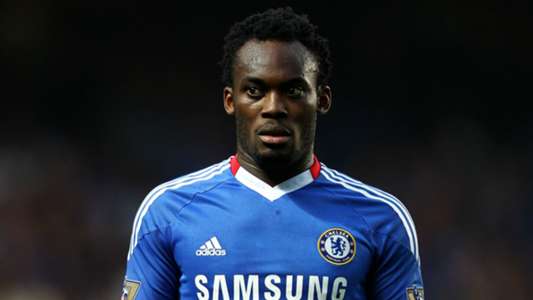