Uganda Revenue Authority FC coach Sam Ssimbwa has called on his charges to put an extra gear on when they come up against Mbarara City in a Ugandan Premier League match on Tuesday.

After two consecutive away league games without a win, the Tax Collectors will hope for a return to winning ways against the Ankole Lions at the Arena of Visions in Ndejje.

Ahead of the fixture, Ssimbwa has maintained his team must give out their best if they are to return to winning ways.

“Mbarara City has never been a team known for giving away points to opponents,” Ssimbwa told the club’s official website. “Their concentration levels are often high and the boys and the technical team know this, we know we have to give it our best to win.”

On the team’s run of two matches without a win, the veteran Ugandan tactician said: “Of course it’s never pleasant when results don’t come your way but as a manager, my work is to motivate my team and have them maintain the belief. I think the boys have good character.”

This will be just the sixth league meeting between the two and in the five encounters, neither side has managed to register a win, making this fixture more than fascinating.

Already this season, the two sides have been involved in a (1-1) draw in the first league encounter but the Tax Collectors will be the most confident coming into the tie as they recently ejected Mbarara out of the Round of 32 of the Uganda Cup.

Ssimbwa will have to change his squad, while Steven Mukwala is still out with injury along with Cromwel Rwothomio who got a knock against Bright Stars but on a positive note, Mutyaba Julius and Ojera Joackiam are back to the squad and are available for selection.

Mbarara themselves will come into this game off the back of an impressive 2-1 home victory against SC Villa in a game-best remembered for their resilience and they will be hoping for the same kind of luck at the Arena of Visions.

The Tax Collectors will maintain top spot with a victory against Mbarara City.

Tue Apr 27 , 2021
The experienced Bosnian frontman is returning to England for the first time since leaving the Etihad Stadium and is excited by the challenge Edin Dzeko insists Roma will not be “scared” of Manchester United in the Europa League semi-finals, despite the Red Devils being “favourites”, with the former Manchester City […] 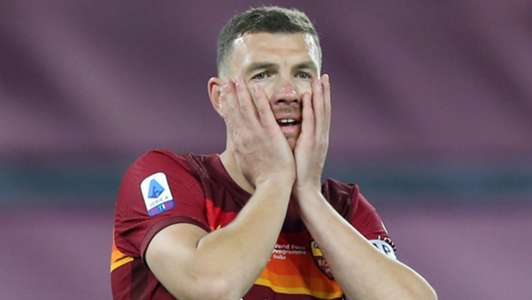