Express FC striker George Ssenkaba has promised more goals after netting one during the 4-0 Uganda Premier League win against BUL FC on Saturday in Jinja.

Defender Murushid Juuko, Arthur Kiggundu, and Andrew Kayiwa were the other scorers for the Red Eagles, who had picked up a point from the previous encounter against league heavyweights Kampala Capital City Authority.

“I am very happy for the goal that I scored and I promise it is just but the beginning of many more. I promise more since this is a race and as a striker, you just got expect goals from today onwards,” Ssenkaba told the club’s website.

The forward is confident Express will emerge victors during their subsequent games given how they always seek solutions to the mistakes they commit in the previous games.

“As usual, I expect a win because we always sit down as coaches and my teammates and solve the small mistakes that occur in the games,” he added.

On his part, Express’ assistant coach James Odoch said they drew with KCCA because of the chances that were created and not converted.

Although Odoch was not convinced by how they tackled Kasasiro Boys in the previous game, the Red Eagles attracted praise from coach Mike Mutebi.

“We created a lot of chances last time in a match against KCCA and we never utilised them,” Odoch said as was quoted by Sports Nation.

“So, we shifted our minds to concentrate much on finishing the chances and I am very happy that in the game against BUL, the chances were converted.”

The tactician also spoke about their next assignment against struggling Premier League side Malaba Youth Sports Association.

“Our match against MYDA will be taken as any other serious team that wants points,” Odoch concluded.

“We still have a few days to prepare and improve on some few areas that need to be polished but what we all need is to pick three points in Tororo.”

The 4-0 win over BUL was the biggest in the season for the Red Eagles, who moved to the third position with 16 points, and Police FC are second courtesy of superior goal difference. The Cops dropped after they were defeated by Vipers Sports Club in their respective game.

After eight games, Kitara FC, MYDA and Busoga United are the bottom three teams. Kitara and MYDA are yet to register a single win in the season as their debut campaign gets tougher by the day.

Richarlison fears Everton will ruin his Olympics dream with Brazil

Sun Feb 21 , 2021
The attacker has proven himself a lynchpin of the Selecao since his debut shortly after Russia 2018 but worries he may miss out on two big tournaments Everton forward Richarlison has revealed that he fears the club may prevent him from realising a dream to play at the Olympic Games, […] 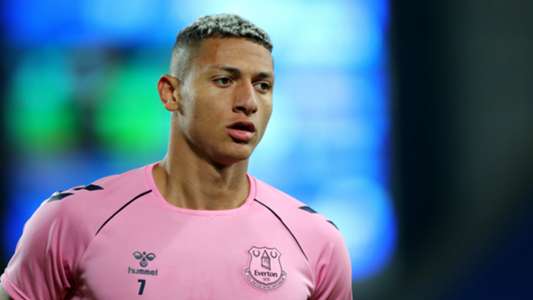