McKinstry will lead the Cranes against Zambia who are under Micho but the Northern Irish tactician has said he’ll only share a chat of old times after the match.

“Going into this game, will help us give every player a fair chance during the tournament but we will make changes and we expect our opponents to do the same,” McKinstry told Fufa website. “I will come up against an old friend for both Uganda’s football and me personally.

“My relationship with Micho goes back I think with time while I was with Sierra Leone and he was the coach for Rwanda.

“When we arrived here in Cameroon we exchanged New Year’s messages and Christmas greetings. We have known each other for several years.

“I am looking forward to seeing him. But for the 90 minutes of the game, we will be trying to do the best for our respective teams. After the match, we can share a chat of old times. We both have objectives for our teams.”

McKinstry also emphasised once again the importance of the tournament that also involves Cameroon and Niger.

“We feel the value of the tournament and getting used to the conditions here in Cameroon,” he added. “Our first game against Cameroon was a great opportunity for us physically to test our players and also tactically.

“All players stepping out on the field are playing for their places on the Chan squad. They are not treating them as friendly matches but preparatory matches.”

It will be the second time Micho and McKinstry will be meeting following a 2015 clash in Cecafa finals. The Serbian was in charge of Uganda and McKinstry was Rwanda’s coach and the former emerged the winner in Ethiopia.

Then 30-year-old McKinstry was voted the best coach of the tournament after leading Amavubi to the second place.

The Monday game will be the second for both sides as Uganda opened the pre-Chan tournament against Cameroon while Zambia played Niger.

‘Lampard will be allowed to finish the season’ – Chelsea need to remain patient, says Melchiot

Mon Jan 4 , 2021
The former Blues defender believes the manager, under increasing pressure, will be given time in which to piece together a title challenge Chelsea will let Frank Lampard “finish the season” claims Mario Melchiot, with the former Blues defender seeing little point in making another managerial change in the midst of what […] 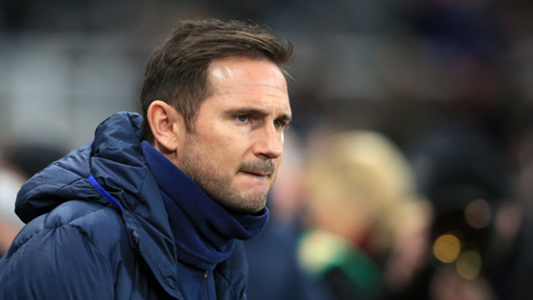