The Tottenham goalkeeper, who has faced a Welsh forward on plenty of occasions in the past, believes patience in north London will be rewarded

Tottenham always knew that Gareth Bale was going to be a “project”, says Joe Hart, with the Spurs goalkeeper saluting the winning mentality a Real Madrid loanee has brought to north London.

Jose Mourinho moved to land a familiar face during the summer transfer window of 2020.

Bale jumped at the chance to retrace his steps to the Premier League after being frozen out of the picture at Santiago Bernabeu by Zinedine Zidane.

A second stint at Spurs has not played out as planned, with the 31-year-old taking in just 13 appearances and 160 minutes of Premier League football, but there is a lot of rust to be shaken off.

Hart claims Mourinho and co were aware of that when putting a deal with Real in place, with Bale having to overcome niggling knocks in order to rediscover any kind of match sharpness.

He was among the goals in his most recent outing, as Tottenham saw off Wycombe in the FA Cup fourth round, and Hart told reporters after that contest: “We always knew it was going to be a project with him and he fully understands that.

“He’s here to help the team win and he’s demonstrated that on the pitch tonight and on a few other occasions. He’s also doing it behind the scenes.

“Gaz’s obviously had his injuries but he knows how to look after himself and when he’s fit he’s going to help our team.”

Bale’s presence is not just helping Spurs progress on the field, with a man who has four Champions League crowns to his name helping to show a success-starved club what is required in order to land major silverware.

Former England international Hart added on that value: “He’s been there and done it.

“For a club trying to do things, I think it’s important to have guys that have been there and won and can reference what it takes.

“We talk about it a lot but we’re a team that wants to win. There’s two teams winning a lot – Manchester City and Liverpool – and there’s seven or eight of us trying to win. So we’ve got to find different ways of winning.”

Bale will be hoping to see more minutes when Tottenham return to a Premier League stage on Thursday with a home date against defending champions Liverpool.

Mourinho’s men suffered a narrow 2-1 defeat to the Reds at Anfield back in December, but Hart believes they are capable of taking the spoils on home soil.

He said: “We feel the same as we did going into that last game [at Anfield].

“How the 90 minutes plays out depends on two quality teams against each other. We know we can win it and they know they can win it.”

Tue Jan 26 , 2021
Goal and Absa, the Official African Banking Partner of the Premier League bring you another #LegendAssist with Michael Owen During the last transfer season, #Premierleague clubs brought in new players to assist the team in winning matches. Michael Owen focuses on four key transfers that he believes will get things […] 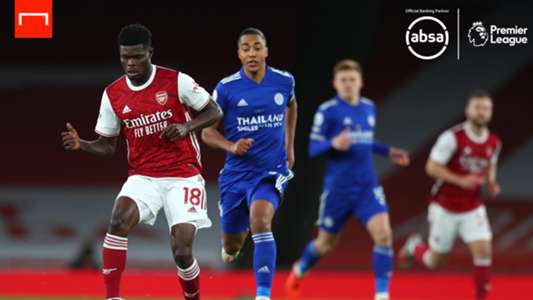