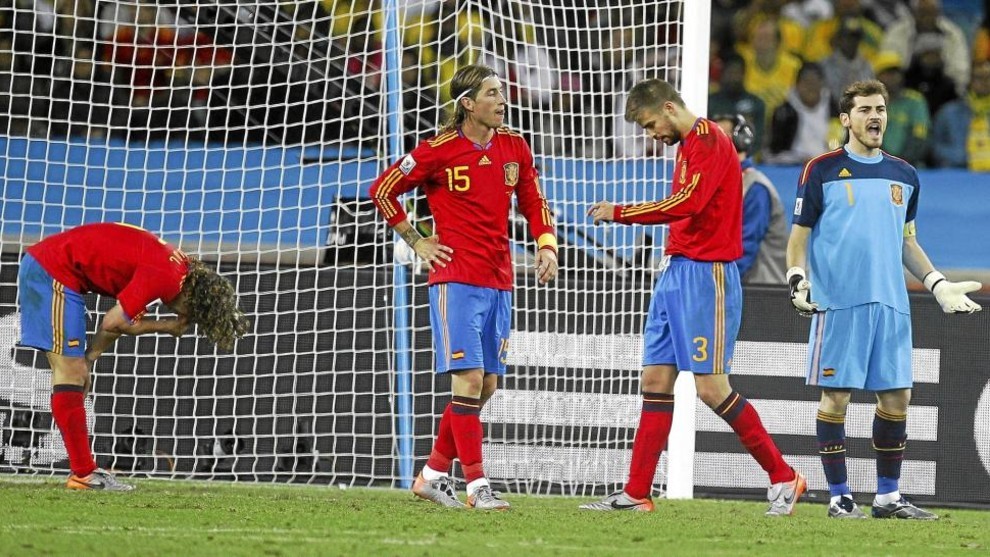 Suddenly everything went black as Spain lost to Switzerland 1-0 in their 2010 World Cup opener, threatening to send La Roja back home after just three games.

Vicente del Bosque’s side were aware that a defeat in the first game could mean that they could get knocked out of the tournament at the group stage.

The reigning European Championship winners were beaten by a Switzerland side, who sat back and defended deep.

Ottmar Hitzfeld’s men went for the draw and would’ve even been content to avoid a thrashing.

Spain dominated possession, registering 75 percent of the ball, but lacked creativity, although they missed a few chances in the first half.

Gerard Pique could have netted after an Andres Iniesta’s pass, but Diego Benaglio prevented him from opening the scoring for La Roja.

After a long kick from Benaglio, Eren Derdiyok played a one-two with Blaise Nkufo and raced into the box before being stopped by Iker Casillas.

Pique tried to clear the danger, but the ball fell to Gelson Fernandes’ feet and the Swiss midfielder sent it into the back of the net.

Fernandes was in an offside position but, without the VAR’s help, Howard Webb did not see anything.

From there, Spain pushed to equalise and Del Bosque sent on Fernando Torres, Pedro Rodriguez and Jesus Navas.

Xabi Alonso’s strike crashed against the crossbar and Spain missed their biggest chance in the match to pull one back.

Chile beat Honduras and Spain, the favourites, were in danger of getting eliminated from the tournament.

Passing through the mixed zone, both players and staff were doing calculations in their heads, with two games to go in the group stage. 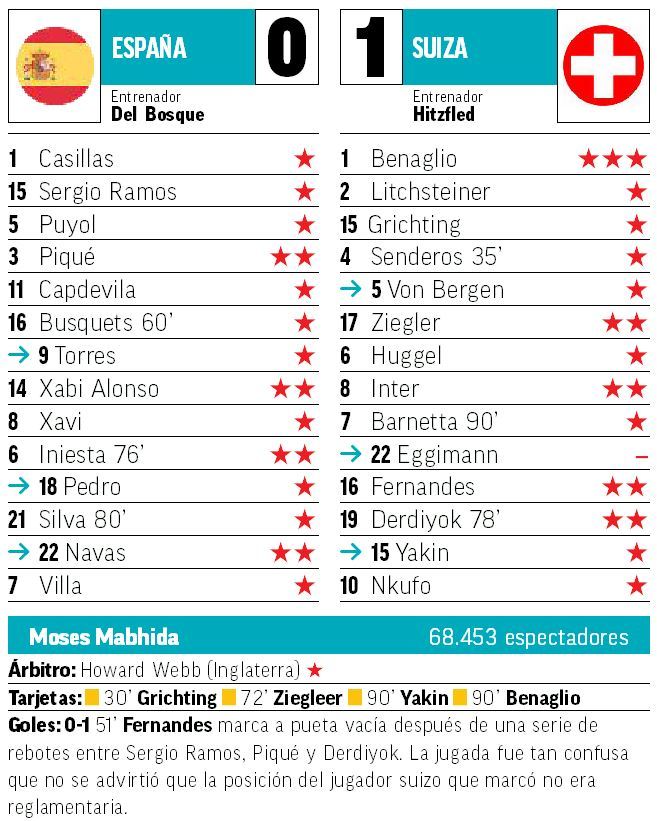 Villa played isolated from the team

Spain’s top scorer barely participated in the team’s play and the team never connected with him.

“We have tried in every possible way, first orthodox and then heroic and most disorderly. We have lacked precision in the last metres,” he analysed.

Iniesta played but picked up a knock

He was a starter, he played 76 minutes, but he ended up with discomfort again. He came to South Africa with a muscle problem after the last friendly.

Silva and his bad luck in South Africa

At the 2009 Confederations Cup he suffered an injury, and at the World Cup he played a key role just for one hour against Switzerland.

Tue Jun 16 , 2020
Photo: sporx.com The talks between Fenerbahce and head coach Zeljko Obradovic have officially started, according to Eurohoops.net. The two sides did not reach an agreement for a contract extension, however they will meet again in the coming days. Previous articleWarriors’ Steve Kerr says the 2019/20 NBA championship will not have […]