The former Hammers striker hailed the Czech’s impact, claiming he’s been even better than the Red Devils talisman

Tomas Soucek has been a better signing for West Ham than Bruno Fernandes has been for Manchester United, according to former Hammers star Carlton Cole.

While Fernandes has earned rave reviews since arriving in the Premier League last January from Sporting CP, Soucek has been rather less celebrated after a move from Sparta Prague at the same time.

Cole argues, however, that pound for pound, the £19 million ($24m) Czech has been the superior player.

“He’s been immense this season. For me, he’s obviously the signing of any club so far this season out of every club, pound for pound,” he said on Sky Sports of the midfielder, who has netted seven goals this term.

“You talk about Bruno Fernandes being so impactful [at] Man Utd but for me, pound for pound, he’s been even better than Fernandes.

“I wasn’t expecting to have a goalscoring midfielder at West Ham and he’s just come in and done the job. He’s been unbelievable and everyone’s taken confidence from his performances so far.

“He’s been outstanding and when you’ve got a player like that in your team, especially as the driving force in midfield, he’s enabled to chip in with the goals and with Declan Rice around him, it’s opened up the game for him too.”

“He’s been the Fellaini for them. David Moyes always liked that big midfielder coming into the box, score goals,” Redknapp said.

Although West Ham lost to Liverpool on Sunday, the London side are outperforming pre-season expectations and are presently challenging for a European spot.

They are fifth in the Premier League, just four points shy of fourth-placed Leicester.

Their next outing will come against Aston Villa at Villa Park on February 3, followed by a trip to Fulham the next Saturday.

Soucek may then get an opportunity to square up against Fernandes as West Ham meet Manchester United in FA Cup action on February 9.

Sun Jan 31 , 2021
Odisha are five points from the second last team on the table when they take on Jamshedpur… Odisha and Jamshedpur both come into this 2020-21 Indian Super League (ISL) tie on the back of back-to-back draws preceding a defeat in their last three games. The fixture will be staged at […] 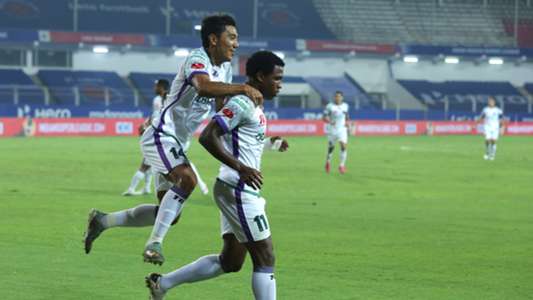