West Ham midfielder Tomas Soucek is dismayed by the online abuse hurled at Mike Dean after the referee controversially sent him off against Fulham over the weekend.

While Soucek thought the red card, which has since been rescinded, was too harsh given the accidental nature of his slight contact with Aleksandar Mitrovic, he doesn’t condone fans sending death threats to a referee.

Soucek never intended the issue to become personal and regrets that some Hammers supporters have apparently made it that way.

Soucek took to Twitter on Monday upon learning of the abuse Dean has received.

“Whatever decisions are made on the pitch should stay on the pitch,” Soucek wrote. “I don’t like hearing about it interfering with personal life and I send Mike Dean and his family my support. There is no place for abuse of any kind. It is in the past and I’m now focused on the rest of the season.”

Whatever decisions are made on the pitch should stay on the pitch. I don’t like hearing about it interfering with personal life and I send Mike Dean and his family my support. There is no place for abuse of any kind. It is in the past and I’m now focused on the rest of the season https://t.co/Tcofvo8a9X

“It is inexcusable that Mike Dean and his family have received online abuse, including death threats, as a result of doing his job officiating at a Premier League match,” Masters said in a statement. “It is completely unacceptable that we are seeing abusive behaviour aimed at players, managers and match officials regularly on social media platforms.

“Mike and his family have our full support in reporting this to the police. This once again highlights the need for greater proactive intervention from social media companies to stop online abuse and identify offenders.”

Authorities are investigating the matter, according to Sky Sports.

Dean, who was also involved in a controversy during Manchester United vs. Southampton, has reportedly asked to be excluded from this weekend’s slate of games.

Online abuse continues to be a huge problem for the Premier League and competitions around the world. Antonio Rudiger (Chelsea), Axel Tuanzebe (Manchester United) and Anthony Martial (Manchester United) have been targets of racism on social media in the last couple of weeks alone, joining a long list of players threatened or discriminated against on platforms meant for positive connections with fans.

Mon Feb 8 , 2021
Patrick Bamford has revealed he was forced to put rugby studs in his boots at half-time of Leeds United’s 2-0 win over Crystal Palace. The Elland Road pitch has commanded plenty of headlines in recent weeks, and it was relaid last month after the players were seen slipping throught the game […] 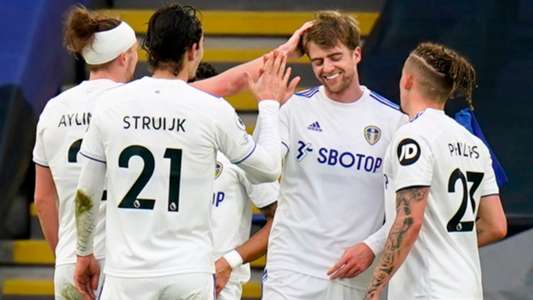