Reports claimed Van de Beek had agreed a €50million move to Real Madrid, but the La Liga giants are now thought to have backtracked on any deal due to the uncertainty of their finances following the coronavirus pandemic.

That course of events has seemingly has paved the way for the Red Devils to make a move, and De Boer insists Van de Beek would be a fine addition to Solskjaer’s squad.

“When you hear these clubs pass by, I know your heart will beat faster,” De Boer told FOX Sports, via Metro.

“Maybe this train will never pass by anymore for him.

“If Real Madrid again decide not to report themselves at Donny, then I can understand it if he decides to go to Manchester United instead.

“On the one hand, I understand that Real Madrid are hesitating a bit.

“Another club could think, ‘hey, an interesting player, maybe we can get him for a little less’. For example Manchester United.”

De Boer claims that the 23-year-old is the kind of player Solskjaer is looking for, as he looks to further instil the ‘Sir Alex Ferguson values’ he was brought up on as a player at Old Trafford.

“Solskjaer has indicated that he wants to go in a new direction and wants players who are humble, their heart is with the club, a team player.

“I think he is tired of the Pogbas running around. He wants players like Donny van de Beek.”

Meanwhile, Manchester United are planning to spend €300million on transfers aimed at getting Ole Gunnar Solskjaer’s men back to were they were a decade ago.

That’s the news coming from SportBILD’s head of football Christian Falk, who told Utd Report that United have big plans to rebuild the team. Read more…

Fri Jun 12 , 2020
The midfielder made a total of 10 first-team appearances during his time with the Merseyside club, dating back to 2013 Nantes have confirmed the signing of midfielder Pedro Chirivella, who will depart Liverpool after seven years at Anfield. Chirivella has signed a three-year deal with the French club, where he will […] 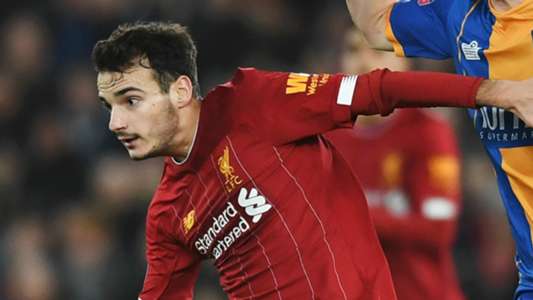