Ole Gunnar Solskjaer says David de Gea must “earn his place” at Manchester United, with another error-prone performance from the Spaniard against Everton leading to calls for goalkeeping change at Old Trafford.

A once reliable number one – who has four Player of the Year awards to his name with the Red Devils – endured an evening to forget against the Toffees, with a dramatic contest ending in a 3-3 draw.

Fingers of blame have been pointed in De Gea’s direction for pushing the ball into Abdoulaye Doucoure’s path for Everton’s first goal, while he also held back when allowing Dominic Calvert-Lewin to prod home a late leveller.

“Every player has to earn his place,” United boss Solskjaer told reporters when reflecting on more dropped points for his side.

“We’re a squad with competition and that applies to every single one in the team.”

Red Devils legend Gary Neville told Sky Sports on the day: “David de Gea, there, at the end. He doesn’t even come in line with the ball.

Another United icon, Roy Keane, has said: “I’m certainly not his [De Gea’s] biggest fan. The one thing you want from your goalkeeper is courage and he didn’t show that for the equalising goal. Not a good sign.”

Calls for United to bring in reinforcements at the back are nothing new, with plenty suggesting that another centre-half and added competition at right-back are required at Old Trafford.

Between the sticks, Solskjaer does have alternative options that he can turn to.

England international Dean Henderson has been waiting patiently for his opportunity after returning to Manchester from two productive loan spells at Sheffield United.

He has seen three Premier League outings this season, but the last of those came back on December 17.

It is not the first time, though, that De Gea has faced questions of form and favour, and the 30-year-old has managed to retain his position to this point.

United, though, are looking to chase down long-awaited trophies this season, across multiple fronts, and need a reliable last line of defence in order to bring a four-year wait for major silverware to a close.

Mon Feb 8 , 2021
The interim manager’s position in the Westfalenstadion dugout is secure for the time being, according to the man in charge of the playing department Borussia Dortmund director Sebastian Kehl says Edin Terzic still has the full support of the board despite another damaging Bundesliga defeat. Dortmund slipped to sixth in […] 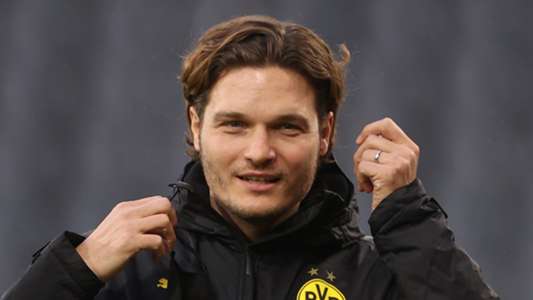