Man United were held to a goalless draw at the Emirates as Edinson Cavani missed two big changes to give Solskjaer’s side the three points.

Ole Gunnar Solskjaer wants to see work from his forwards on the training pitch to be more clinical with their finishing after their failure to take their chances cost them three points against Arsenal.

Edinson Cavani missed two big chances to give United the win at the Emirates, which would have sent them back to within a point of Manchester City at the top of the table. The Uruguayan’s connection was slightly off both times and, as a result, Solskjaer’s side came back to Manchester with just a point.

The stalemate means they have failed to score from open play against Arsenal (twice), Liverpool, Manchester City, Chelsea and Tottenham this season, which is something Solskjaer knows he needs his forward line to work on.

“Of course you look at every game but you look at the games we played Arsenal, Chelsea, City, Liverpool. We defend well, we don’t really concede many chances. That’s one foundation to play from we need to take our chances and we know we have players to do that; we just haven’t done it,” Solskjaer explained.

“We just want to keep on working with them on the training ground. Today with the chances we had we feel that we should have won it but then you have to score to win definitely that’s something I want my forwards to sort out, they’ve scored so many goals throughout their careers.”

Cavani, who has barely put a foot wrong since he signed in the summer window, had the best chances one in the 58th minute from close range which somehow went wide.

Then in the 89th minute, he missed from six yards out with a last-gasp bicycle kick that was wide of the post. However, Solskjaer has absolutely no doubts over the 33-year-old forward’s ability.

“I just look at his movement and his cleverness in his movement and I know exactly how fine margins there are,” Solskjaer said. “You’ve got to open up your ankle a little bit on the first one as the goal is gaping and the second one is just hit the ball a touch earlier so you can get your foot around it.

That’s half a centimetre on your foot and you have to do it so quickly. The big thing is that he’s there on the end of all the chances, which is something I hope Mason (Greenwood), Anthony (Martial), Marcus (Rashford) look at him and learn from him.”

The United boss is now looking for a reaction from his team as they host Southampton at Old Trafford on Tuesday night before Everton visit next weekend.

“We don’t think about the title race or the title now. We’re in January,” Solskjaer said. “We’re just focusing on getting back on the road.

“The disappointment on Wednesday was big, but today gives us more belief again because we feel we dominated and created enough big chances to win the game. You can never control that result though.

“The reaction and the approach to the game was good. I felt the first half was very good. Now we’re on the road again and we’ll go on Tuesday.”

Sat Jan 30 , 2021
Will Marcelinho start for ATK Mohun Bagan? Rahul KP and Jeakson Singh are back from suspension for the Blasters ATK Mohun Bagan will be looking to take advantage of Mumbai City’s slip at the top when the Mariners host Kerala Blasters in a 2020-21 Indian Super League (ISL) tie at […] 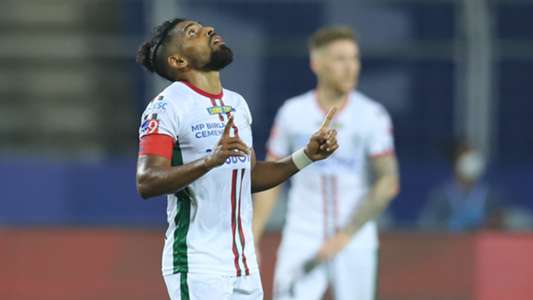