The Red Devils were stunned by the Premier League’s bottom side, but two major decisions went against them at Old Trafford

Ole Gunnar Solskjaer has confirmed the officials have admitted they made two big mistakes during Manchester United’s defeat to Sheffield United which could have turned the game in his team’s favour.

United fell to a 2-1 home defeat to Chris Wilder’s side last week but Solskjaer felt hard done by after the final whistle due to some of the decisions which went against his side.

Anthony Martial had a goal ruled out as it was deemed Harry Maguire had pushed goalkeeper Aaron Ramsdale in the build-up while the visitors’ opener stood despite a shove from Billy Sharp on David de Gea before Kean Bryan’s finish.

Both decisions were assessed by VAR and, in both instances, it was deemed it was better to go with the on-pitch decision, despite Maguire loudly protesting over Martial’s ruled out goal.

“We want to keep on trying to dominate games, we feel we’ve dominated them,” said Solskjaer, whose team followed up the defeat by the Blades with a 0-0 draw at Arsenal. “Of course we need a little bit of brightness, spark up in the last third, take our chances.

“I don’t like to bring these up – the momentum shifted for us with the Sheffield United game – but I’ve got the delegates’ report from the referee and the two decisions were wrong.

“They’ve admitted their goal should have been disallowed and our goal should have stood. That’s a big, big momentum changer for us. You’re more likely to, when you go 1-0 up rather than 1-0 down, go on and win that game.

After a defeat and a draw in the league United have fallen behind league leaders Manchester City and Solskjaer is hoping his attackers find their mojo against Southampton at Old Trafford on Tuesday night after firing blanks at the Emirates on Saturday.

“It’s not been time to do a lot on the training pitch, the boys that played are still on the recovery track from Saturday night but they have to prepare for the game tomorrow night,” Solskjaer explained.

“The session was light but some scored goals, we want to get that mojo back, that spark, we have created enough chances to score the goals, now it’s about feeling good, taking a deep breath and putting the ball between the posts.”

Mon Feb 1 , 2021
The Eagles head coach thinks that the Dutchman has the quality to step up to another level, but does not know if he will move this month Patrick van Aanholt is good enough to play for Arsenal according to Roy Hodgson, who has spoken out on rumours linking the Crystal Palace […] 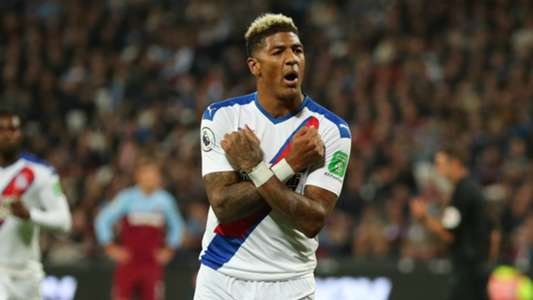