The left-back scored a second half goal in Man United’s 2-0 win against Manchester City but he nearly didn’t start the game.

The left-back scored his second goal of the season as Manchester United earned a 2-0 win over the league-leaders.

Solskjaer revealed it was touch and go for Shaw up until kick-off and Telles was prepared to step up if the England international didn’t make it through the warm- up.

The United boss said: “Absolutely incredible, he was a massive doubt until after the warm-up he had to wait until after the warm-up to be cleared to play, so Alex was ready. Luke’s performance was top, he’s aggressive hard to play against one against one. When he goes forward on those runs he’s unstoppable. He’s improved so much and is improving all the time and I’m delighted for him.”

How many times has Telles played before?

The full-back arrived in the summer window to give Shaw competition and it has made the 25-year-old thrive. Shaw’s form has seen opportunity for Telles limited and he has made just 15 starts across all competitions this season.

What else was said?

Solskjaer hailed the performance of his Manchester United players after they recorded an impressive 2-0 victory against City and extended their unbeaten run on the road in the Premier League to 22 games.

“Milan on Thursday we can’t prioritise one game in front of the other, we just have to count the numbers, who’s fit, who’s not fit for Thursday and go again. I feel we’re a better team than what we were 12, 16, 18 months ago we have improved massively, more robust and resilient and there’s more personality in the team that’s what I like.

“We have to draw on previous good experience and how did that feel out there we knew we had to suffer, we suffered a lot, they worked their nuts off.”

Sun Mar 7 , 2021
The on-loan Real Madrid star’s renaissance continued on Sunday with a double, taking him to six goals in as many games Gareth Bale’s improved run of form continued on Sunday as he netted for Tottenham against Crystal Palace. The Wales star spent much of his first five months back at […] 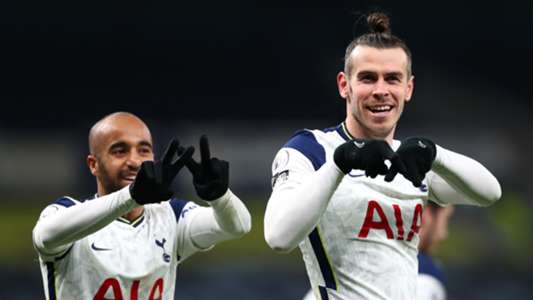