Ole Gunnar Solskjaer has backed Manchester United loanee Jesse Lingard to push on and earn back his place in the England squad after his goalscoring start to life at West Ham.

Lingard had not played a single minute in the Premier League for the Red Devils this season but showed his class with a debut brace for David Moyes’s side in a 3-1 win over Aston Villa.

The 28-year-old tumbled down the pecking order at Old Trafford but Solskjaer says his attitude and value to the squad were never in doubt.

“I’m so happy for Jesse,” Solskjaer told reporters. “When we let him out, we felt we had to do the right thing by Jesse because he has been so professional, so good around the place, working really hard.

“He is always a bright character around the place. The times when I have not even had him in the squad, it has been difficult.

“But the conversations I have had with him have always been: ‘Be ready for when you get the chance. If it’s not here, you will definitely find it somewhere else’.”

Lingard has played 28 times for England, including six appearances at the 2018 World Cup.

Out of favour at Old Trafford, he wasn’t expected to make Gareth Southgate’s squad for the upcoming European Championships, but Solskjaer has challenged him to give the Three Lions boss a decision to make.

“He has kept going and you can see his fitness. He is as fit as a fiddle. I am delighted for him. Hopefully he can push on and maybe give Gareth a challenge when he has to pick the squad for the Euros.”

“If he keeps that form up then it might be Gareth coming knocking again,” Moyes said.

“There are a lot of people who are pushing hard to make the England squad for the Euros and why shouldn’t Jesse push if he’s in the form he is in tonight?

“If he keeps playing as well as he did, he will do a brilliant job for West Ham and if he keeps going like that then he’ll get back into the England squad. I hope he can get back to that standard.”

Moyes has already said West Ham could make a permanent move for Lingard in the summer if he keeps up his form.

Sat Feb 6 , 2021
The former Blues midfielder thinks his compatriot needs to adapt to a new way of playing after leaving Julian Nagelsmann’s RB Leipzig Timo Werner’s struggles in the Premier League are due to the difference in playing styles between Chelsea and RB Leipzig, says Michael Ballack – and it is Werner […] 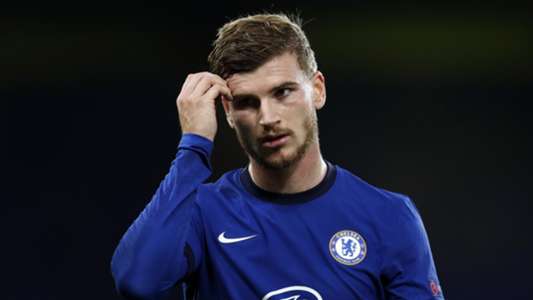