Ole Gunnar Solskjaer has responded to Jurgen Klopp’s Manchester United penalty jibe, suggesting that managers who keep bringing it up are trying to influence referees.

Klopp brought up United’s penalty record unprompted after his side lost 1-0 to Southampton in the Premier League on Monday night.

“I hear now that Manchester United had more penalties in two years than I had in five and a half years,” the Liverpool manager said. “I’ve no idea if that’s my fault, or how that can happen.”

But perhaps Klopp was talking more about the fact United have won 42 in all competitions since Solskjaer took over in December 2018, compared to Liverpool winning 19 in the same time frame.

“I don’t count how many penalties they have, so if they want to spend time on worrying about when we get fouled in the box, I don’t spend time on that,” Solskjaer replied when asked about other managers’ fascination with United being awarded penalties.

Chelsea boss Frank Lampard brought it up in his pre-match press conference ahead of last season’s FA Cup semi-final and Solskjaer believes that could have impacted Mike Dean’s decision-making during the game, as he thought Anthony Martial should have been given a spot-kick after a possible foul from Kurt Zouma.

“I can’t talk on behalf of other managers, why they say things like this,” Solskjaer said. “Obviously I felt it worked last year in the semi in the FA Cup because Frank spoke about it and we had a nailed-on penalty that we should have had that we didn’t get.

“So maybe it’s a way of influencing referees. I don’t know, but I don’t worry about that. When they foul our players it’s a penalty. It’s just when it’s inside the box.”

Solskjaer will have a chance to get one over on Klopp when the Red Devils travel to Anfield on January 17.

Tue Jan 5 , 2021
The Portuguese giants will trade tackles in the final of the 2019-20 League Cup, with a host of Africans in action on Wednesday Christy Ucheibe and Jolina Amani will lead SL Benfica out against South Africa’s Jermaine Seoposenwe’s SC Braga in the 2019-20 Portuguese League Cup final at the Aveiro […] 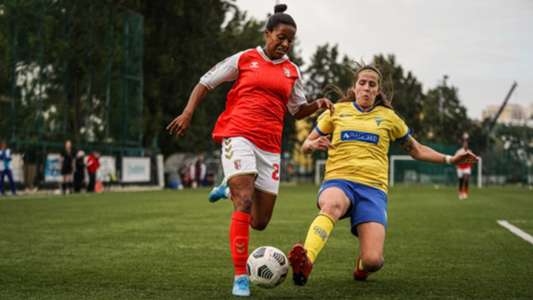