Ole Gunnar Solskjaer has admitted he is grateful he has not found himself in the same situation as Frank Lampard after Manchester United stuck with him through ‘patchy periods.’

Lampard was sacked as Chelsea manager on Monday after a run of poor form which sees the Blues sitting in ninth in the league having already lost six times.

Solskjaer found himself under similar scrutiny at the start of the season after United’s poor beginning to the campaign, however, the Norwegian’s position was never seriously under threat despite claims that Mauricio Pochettino was being lined up to replace him.

The feeling from the United board is that, while results had to improve, this is a long-term project and the former Red Devils striker has been given time to turn things around, with the team now sitting top of the Premier League table at the halfway stage of the campaign.

“It’s not really for me to comment too much on that one,” said Solskjaer about Lampard’s dismissal.

“Of course, one thing I know for sure is Frank doesn’t want any of us to feel sorry for him. I know his character and mentality and I’m sure he’ll bounce back and have a very good managerial career.

“He went through a patchy spell, a short spell, but not long ago they were top of the league. It’s the first dip of form they really had under Frank so I’m a little bit surprised but it’s not my job to comment on what’s happened at Chelsea.”

Comparing it to his situation and the time he has been given, he added: “I’ve said it many a time. We looked at the squad, looked at the situation we were in, and we put a longer-term plan in place.

“We knew there would be some patchy periods and that we would have to stay strong mentally. The leadership they have shown has been very strong and steady, and I’m very grateful for the communication that has been open and honest all of the time.

“We knew we were going to have some rough and patchy periods and they stood strong. I’ve had good backing from the club and the leadership has been very steady, which I have been very grateful for, because we have been through two or three bad spells of form of course.”

Tue Jan 26 , 2021
The Norwegian has been sweating on the fitness of a prized asset since his stellar display in the FA Cup against Liverpool Ole Gunnar Solskjaer has given an update on Marcus Rashford’s knee injury ahead of Manchester United’s meeting with Sheffield United. Rashford scored his 15th goal of the season […] 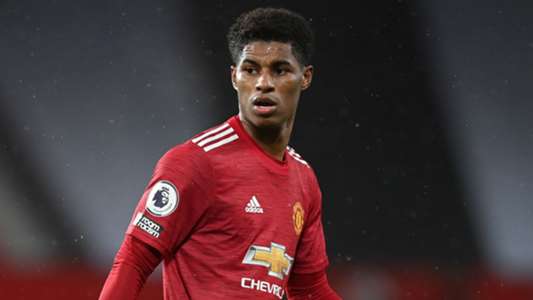