Ole Gunnar Solskjaer believes Jesse Lingard still has a long-term future at Manchester United despite being on the verge of joining West Ham on loan.

The attacking midfielder is set to be announced as a Hammers player for the rest of the season, with the two clubs agreeing to the deal on Thursday evening.

It is understood David Moyes’ side will pay a £1.5 million loan fee and cover Lingard’s wages for the remainder of the campaign as he looks to push on and get more minutes under his belt.

Lingard has started just twice for Solskjaer this season and, having failed to push his way into regular contention, it was agreed that he could leave on loan.

“We want Jesse to come back here revitalised and having shown at West Ham how good a player he is,” Solskjaer said about Lingard’s impending loan move. “He’s just been unfortunate with a couple of issues, some periods he had to stay away from us with Covid, isolation and close contact.

“The rest of the team has done well. We’ve had little to no injuries and he’s not forced his way into the team. I just want him to go there and enjoy himself, show how good a player he is and come back and show he’s a Man Utd player through and through.”

Lingard looks like he will not be the only player heading out on loan before the window comes to a close on Monday. Facundo Pellistri is expected to head to Spain until the end of the season, while Marcos Rojo is set to sign for Boca Juniors.

“It is likely that Marcos goes back to Argentina – little bit of paperwork left to be done,” Solskjaer explained. “[As for] Sergio [Romero], I’ve not heard anything there apart from that he’ll be with us for the rest of his contract.”

United travel to Arsenal on Saturday looking to bounce back from the disappointing defeat against Sheffield United on Wednesday and Solskjaer is confident that his side have the right mentality to get back to winning ways.

“You never want to lose a game to learn from it, you want to learn from the games you win. We’ve been terrific, we’ve been consistent, but it’s that kind of season,” Solskjaer said.

“We didn’t expect to go unbeaten since November 1, of course we didn’t, but we wanted to and we want to start a new run and we’ve always bounced back after defeats before.

“This season we have done remarkably well after all our defeats. There was just one where we lost to Arsenal and Basaksehir just after that, but apart from that we have always bounced back with a good result and good performance.

“I expect every to respond well and let’s hope the result comes because you can never control the result.”

Fri Jan 29 , 2021
The Blaugrana legend believes an Argentine icon should have been sold when the Liga giants had a chance, with free agency now beckoning Barcelona should have used Real Madrid’s sale of Cristiano Ronaldo as inspiration and offloaded Lionel Messi during the summer of 2020, says Rivaldo, with the Liga giants […] 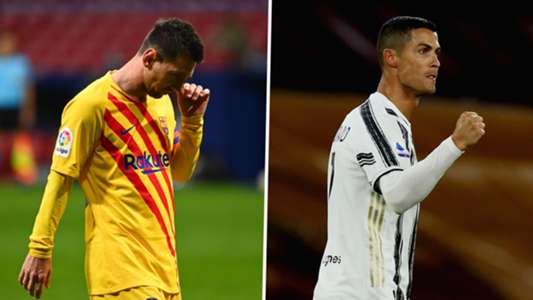