Batoto ba Mungu will welcome the Bankers in a Football Kenya Federation Premier League at Wundanyi Stadium hoping to get maximum points. The Ken Odhiambo-led side will, however, have to do without Stephen Okola.

“Kilume has recovered from an ankle injury sustained in our win over Zoo FC,” Sofapaka confirmed through their official portal.

“Kilume resumed training Sunday morning with the group and is being assessed ahead of Wednesday’s match.

“Defender Bodo has fully recovered from the Injury. Bodo resumed full training with the team and will be in contention for Wednesday’s encounter.

“[However], Okola becomes the latest to join our Injury list. Okola suffered the knock during our tie against Ulinzi Stars. The defender is doubtful for the KCB match.”

Both teams suffered defeats in their latest FKF-PL matches. Batoto ba Mungu fell 2-0 away to the Soldiers at Kericho Green Stadium.

After a goalless first half, Omar Boraafya opened the scoring in favour of the Soldiers in the 49th minute. Oscar Wamalwa doubled the advantage from the penalty spot four minutes later to ensure his team got maximum points.

“We managed to hold them well in the first half and did not concede any goal,” Kibwage told Goal afterwards.

“But after the break, we lost concentration and conceded early and the goal spoiled the plan we had. Then conceding the penalty less than five minutes after conceding the first goal was untimely.

“It killed our morale completely considering the fact that we had to score three goals, which did not happen, to win the game.”

The Bankers suffered a 2-1 loss away to Nzoia Sugar. The Zedekiah Otieno-led charges scored first in the 10th minute.

The Sugar Millers conceded a penalty and captain Simon Munala rose to the occasion and sent the goalkeeper the wrong way.

Gabriel Wandera replied in the 34th minute through a penalty as well. It got worse for the Nairobi-based charges in the 41st minute when Michale Mutinda was sent off.

Three minutes after the restart, Kevin Juma scored the second for his team which won maximum points for his charges.

Mon Feb 22 , 2021
The Foxes boss has admitted that he had heard rumours of the England midfielder’s fitness struggles before his side’s trip to Villa Park Brendan Rodgers has revealed that he knew of Jack Grealish’s injury before Leicester City beat Aston Villa amid talk of a leak at the club. Villa suffered […] 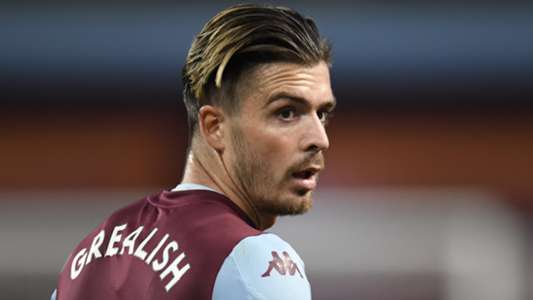