The former American youngster will make a good addition to the Super Falcons, according to the ex-Washington Spirit star

Francisca Ordega believes that Toni Payne will excel in her international spell with Nigeria due to her smartness and incredible energy levels.

Payne had played for the USA at U17, U20 and U23 levels before choosing to represent Nigeria at senior level through her parents, a few months after her move to Sevilla in 2018.

Two years after her nationality switch, she eventually made her unofficial debut against CSKA Moscow on Wednesday and featured for the duration in the Super Falcons 1-0 win.

After her fine debut against the Russian club in the Turkish Women’s Cup, Hoddle, who played alongside her, lauded her quality and believes that she can be a tremendous asset to the team.

“I feel her energy on the pitch. She is a really smart girl,” Ordega told Goal.

“I think that we bring a lot of competition on the team. If you’re playing in the same position as her, you will really need to work hard.

“It is going to take a little while to blend with the team but I’m happy she is here. I think she has a lot in her to help the team. I hope she will keep the fire burning.”

Despite a forgettable second-half display, the Super Falcons impressed in the opening 45 minutes and earned the victory, with Ordega setting up Chinwendu Ihezuo for the 19th minute winner.

Having enjoyed a fine on-the-pitch partnership with the debutant, the former Washington Spirit star opened up on the secret behind their synergy.

“We’ve not met before but I’ve played in the American league for some years and I do understand the style,” she continued.

“She’s from there. I know how they make their runs, deep runs and more. Anytime I hold the ball, I always see how she [Payne] moves.

“I was just doing what I did, based on experience and because I’ve been there.”

Afcon U20: Tanzania to blame themselves for Gambia draw - Kihwelo

Sat Feb 20 , 2021
Ngorongoro Heroes were forced to mount a comeback that ensured they picked at least a point from the Friday contest Tanzania U20 head coach Jamhuri Kihwelo has stated his side failed to beat the Gambia in the Africa Cup of Nations due to wasted chances. The Group C rivals drew 1-1 on Friday […] 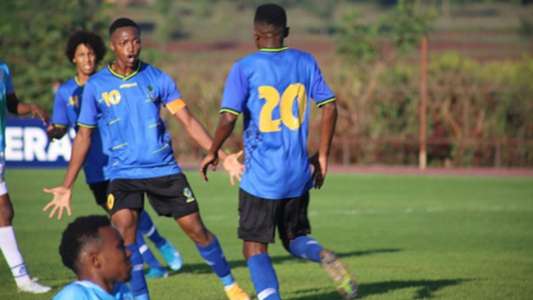