Kyrie Irving has been a center of attention lately after he has reportedly called the players to sit out the remainder of the season. Sports analyst Skip Bayless thinks that by doing that the Brooklyn Nets star was trying to challenge LeBron James’ authority in the NBA but had no plan and only made himself look bad.

“I have still huge respect for Kyrie’s brainpower and his clutch scoring power. He’s a gifted young man both physically and mentally. But to your point, he was not born with that leadership gene that some people have and some don’t,” Bayless said on UNDISPUTED.

“I believe he was trying to challenge LeBron’s authority his pre-eminent position in this league regarded as the number one activist in all of sports,” Bayless continued. “Kyrie said ‘watch what I can activate here.’ But he didn’t have a plan that he could articulate. All of a sudden, the quietest Laker comes out of left field and all of sudden Avery Bradley takes over as the voice of the coalition and he starts making sense to me.”

“I have huge respect for Kyrie’s brainpower and his clutch scoring power. Kyrie is a gifted young man both physically and mentally. But he was not born with that leadership gene.”@RealSkipBayless on Nets group text controversy pic.twitter.com/iFMCoMyo1d

Thu Jun 18 , 2020
The former Beninese referee officiated at several major tournaments and has spared her time to share her rough path to the top Tempa Nadh admits she is still excited about her fantastic breakthrough in her refereeing career after officiating at many football competitions on the continent and the global stage.  […] 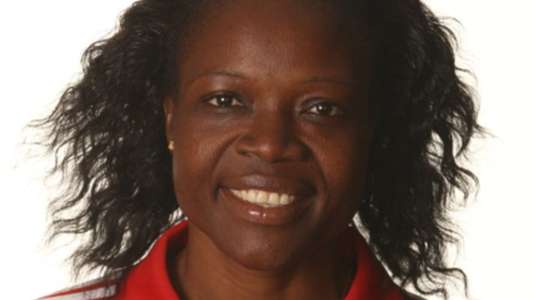