Joel Embiid was quite active off the court during the pandemic, where he helped the community of Philadelphia and the front-line workers on the fight against the coronavirus.

The Sixers owner made a bad call according to Joel Embiid, who spoke on Business Insider about his relationship with the team’s management.

The 76ers owner Josh Harris planned to cut pay for salaried staffers in March. However, after a lot of backlash on social media, the cut was not issued.

“I think in life, we all make mistakes,” said Embiid per BI. “I was trying to figure out the best way to help people in these tough times.”

“Since I got to Philly, he’s made me feel like a partner instead of treating me like someone who works for him,” Embiid noted on Harris. “He values my input and we got it fixed.”

“Our motto is that we want to treat everbody like family,” Embiid continued. “Since I got here, they’ve treated me as such.”

Fri Jun 19 , 2020
After passing his medicals, the 22-year-old striker has been signed by the Yellow and Blues from the Groupama Stadium giants Sochaux have announced the signing of Yann Kitala from Ligue 1 side Olympique Lyon. The DR Congo forward was offered a three-year deal having passed his medical at the French […] 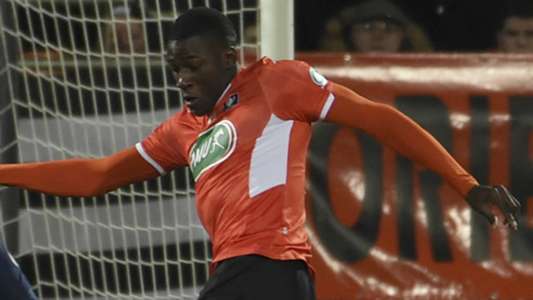